DETAILED GUIDE TO GETTING STARTED IN "DOUBLE EXPOSURE" PHOTOGRAPHY 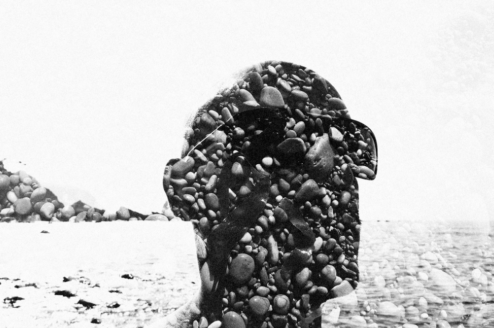 Although its name scares, "Double Exposure" , I don't know a photographic technique that has caused as much inspiration in photographers as this one. As an amateur photographer it would be a shame if you let this topic go by, as difficult as it might seem, wasting the GIANT flow of creative photographs that you could get thanks to this technique . As always, I promise to try to make this article easy to understand. I will also try to convince you to make your first "double exposure" immediately after reading this post. Please, do not be another  "article that I read and there I leave it for all that touches . " You read this today and play today.

In photographic jargon and in this context the word "exhibition" means "photography", neither more nor less. I know that with these words I will provoke more than one purist who will want to go into the more technical details of what an "exhibition" is, but guys, we are talking soon to simplify the concept and that we all understand each other. Exhibition here is «Photography». Double Exposure is double photography .

WHAT CAN I GET WITH THE DOUBLE EXPOSURE TECHNIQUE?

Anything. With double exposure the creative possibilities multiply. Everything you could photograph before now you can do it by combining it with any other subject, object or motif: effects of phantasmagoric bodies, reflections, silhouettes interwoven with each other. The possibilities are endless. The double exposure not only allows you to achieve compositions impossible to achieve with a loose photo, but you don't even get photos that you could have even imagined. While you dedicate yourself to producing a double exposure many times you are the first one surprised by the message, story or feeling that is shaped by the combination of both photos. If a picture is worth a thousand words, imagine two. In my opinion, double exposure is very close to nonverbal poetry. It is something very visual that can produce in the viewer feeling or emotions that are not always easy to describe by words.

HOW TO TAKE DOUBLE EXPOSURE PHOTOS?

Originally, with analog cameras, double exposure was achieved by shooting two photos in a row, one behind the other, without passing the film or reel. The same film space or negative was used to shoot two different photos. One on top of another. With today's digital SLR cameras there are mainly 2 ways to achieve double exposure: Your camera does not include this "combined" photo function. You don't have Photoshop either or we're going to say that you don't master it to the point of being able to merge two photos into one. What do we do? If you have an iPhone, an iPad or an Android phone or tablet, there are endless applications, many paid but some free, that you can download to your mobile and from there go creating your double exposure works. I will not recommend any in particular because I have not used any, but if you enter the AppStore or the Google Play Store and search for "Double Exposure" or in English "Double Exposure" you will be surprised by the number of applications there are.

TIPS FOR A SPECTACULAR DOUBLE EXPOSURE

Now comes the interesting part. Remember that here the artist is you. The camera or the editing programs are a simple «tool», but the creator of the photograph is you. Then I bring you a few tips that will shorten the path of learning and allow you to start producing stunning photographs from the start . Cunning and advice that most photographers shower in this area already apply and that I would like you to know from now on:

A BIT OF INSPIRATION

Finally I need you to feel a little inspired, to feel and perceive the beauty of the Double Exposure. It is going to make your mouth water: They are photos that other mortals have taken and that you too, based on a little practice, can get and even overcome. Hey, I have written this article with great care and care. If you see that something is missing or is not clear to you, don't hesitate to ask. As always, if you have found this article minimally useful, I would appreciate it if you would leave me a vote or recommendation below on Facebook, Twitter or Google+.