Beginners Guide to be a Photojournalist 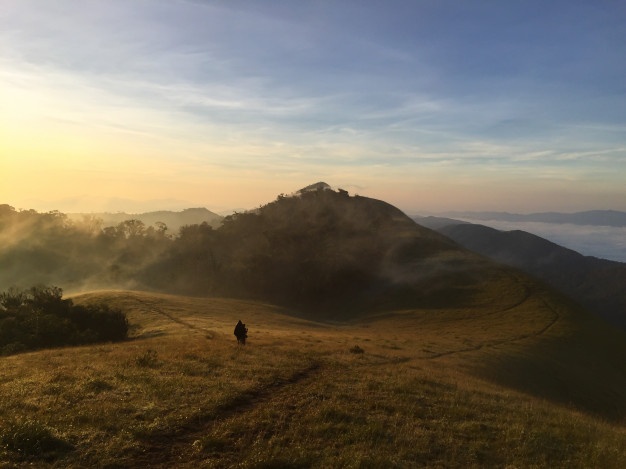 Today when most of the journalists use their pen and paper to influence people, a photojournalist uses stills or photos as a medium to tell stories. A photojournalist's best friend is always the camera that they use to capture the visual representation of a story. We have often heard that photographs deliver those messages that words can't. A great example of this is the first televised war or the war in Vietnam. Well, this is the theory behind photojournalism. News publications around the world are willing to pay top dollar for commercial photography. And all this is to capture the most dramatic pictures on film or their CCD chip. Anyone can learn the art to capture reality in a small portrait. Here are a few things to help you on your journey to becoming a successful photojournalist.

Photographs can be captured with the simplest of cameras. But it is always better to use a micro four-thirds camera, a DSLR camera, or any camera that lets the photographer tweak the shutter aperture, speed, and ISO. Today even a few pocket cameras come with this functionality. One can also check up different cameras on photography sites. Now after selecting the right photography camera, it is time to learn exposure.

When photographers talk about “exposure,” we mean the illumination or darkness of a photo. It might seem simple enough to take a picture with correct exposure. However, in reality, finding the right exposure can get quite tricky. Several digital photography schools pay extra attention to this part of photography. When you take a picture on automatic mode, your camera picks an aperture setting, a shutter speed, an ISO setting, and a host of other settings for you. Automatic settings can be quite handy, but it also severely limits your creative ability to capture a stunning visual.

The aperture is a tiny set of blades in the lens that regulates how much light will enter the camera. The leaves create an octagonal shape that can be widened or blocked down to a small hole. If you shoot a picture with the aperture wide open, then more light enters in the camera. So in case, you take a picture that happens to be too bright. You can fix it by simply selecting a smaller aperture. Aperture can thus be used to control photography lighting. Aperture sizes are measured by f-stops. So, A high f-stop like f-21 means that the aperture hole is pretty small, and a low f-stop like f/3.5 indicates that the aperture is wide apart. The aperture also checks the depth-of-field. Depth-of-field is how much of the image is sharp, and how much is blurry.

ISO is an acronym which stands for  International Organization for Standardization. In some photography blogs, you'll hear older cameramen pronounce it "I-so," but nearly everyone pronounces it "I.S.O." A high ISO setting such as ISO 1,600 will create a brighter photo than a lower ISO setting such as ISO 100. The disadvantage of raising the ISO is that it makes the picture noisier. Digital noise is obvious when a photo looks grainy. Have you ever taken a photograph at night with your cell phone or your pocket camera, and noticed that it seems grainy? That is due to the reason that the camera tried to counterbalance for the dark scene by choosing a high ISO, which generates more grain. Photography schools teach you how to find the perfect balance.