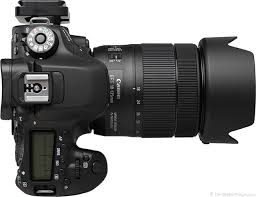 Aperture 35 mm fixes occupy a special place in the line of optics of any manufacturer. The fact is that they are among the three lenses that determine the pattern of optics of the photobrand as a whole. Bokeh for this lens is just as important as for the “fifty dollars” and the 85 mm portrait. Many photographers use such lenses for full-length portraits, as well as portraits in the interior. At the same time, 35 mm is already a moderate wide angle, which is needed by landscape painters, and interior photography enthusiasts, and storytellers. So the requirements for sharpening will be higher for 35 mm optics than for longer telephoto optics, which are often forgiven by flaws with detailed images.

Today in our test lens, which has become legendary. We are talking about the Canon EF 35mm f / 1.4L USM, which some photographers rank as almost the best lenses with a similar focal length. Well, let’s try it out!

Let’s start with a traditional acquaintance with the appearance. The lens is striking in its size and weight. When you hear the word “fix”, you imagine something more compact. The Canon EF 35mm f / 1.4L USM is only a couple of centimeters shorter and 60 grams lighter than the Canon EF 16-35 f / 2.8L II USM zoom . Its weight is 580 g. Indiscreet mass and dimensional characteristics are an inevitable payment for high aperture.

The case is made of plastic and metal parts. At the front edge of the case tube is a traditional red stripe for elek. The diameter of the thread of the filter is relatively large – 72 mm. Of the controls, there is only an autofocus switch and a manual focus ring. It is noteworthy that despite the lens belonging to the top L-series, it does not have a rubber seal on the bayonet, which serves as additional moisture protection.

I will test the lens with a full-frame Canon EOS 6D camera to show its full potential. At full frame, the Canon EF 35mm f / 1.4L USM is a moderate wide angle. However, it can equally well be used on cameras with the APS-C matrix as the fast aperture, because the equivalent focal length in this case is 56 mm. But let’s be honest, for work with amateur DSLRs Canon EF 35mm f / 1.4L USM is still expensive …

To test the lens in the room, I go to the Vadim Zadorozhniy Museum of Technology. This is where the high aperture comes in handy! With artificial lighting and handheld shooting, the Canon EF 35mm f / 1.4L USM allows you to use a minimum ISO and avoid noise in images. It is only necessary to slightly increase the ISO in the darkest hall dedicated to domestic cars, or with aperture.

Speaking of aperture: in the case of fast apertures, it is often used not to increase the depth of field, but to provide acceptable detail. Aperture optics, to be honest, tends to lose sharpness on an open aperture. But this rule does not apply to the Canon EF 35mm f / 1.4L USM. This becomes clear literally after the first frames. The rest of the shooting I spend mainly at f / 1.4.

An open aperture and shooting from a relatively short distance can greatly blur the background. What you need for shiny chrome retro cars! Every highlight, every bright spot in the background is blurred. This is where the lens pattern appears. Many photographers believe that wide-angle, and even more so constructed using aspherical elements, are not able to give a soft picture in the blur zone. In part, I agree with them, but the Canon EF 35mm f / 1.4L USM is an exception to the rule. It not only blurs the background very well, but also provides a smooth and pleasant to the eye transition from the sharpness zone to the bokeh zone.

The background objects in the pictures are perfectly readable, they look recognizable. But at the same time, volume, perspective is formed in the frame. This is very useful for lovers of art, including wedding photography. Artistic images with a very blurry background will look attractive and expensive: as only high-quality high-aperture optics can capture them.

We at Prophotos are deeply convinced that a photograph becomes real only after it is printed on paper.

The noise and softness of the image in the corners, chromatic aberration and distortion – all this becomes less significant when you break away from the monitor and look at the print.

To print pictures from this camera, we recommend a professional Canon PIXMA PRO-100S photo printer that supports up to A3 + format. This model is equipped with 8 separate ink tanks. The PIXMA PRO-100S delivers superior quality – better than in the darkroom. You can use photo paper with a different texture: for example, giving priority to Canon Fine Art Photo Paper Premium Matte for portraiture or glossy Canon Pro Platinum for bright and contrasting scenes.

The Canon PIXMA PRO-100S works both over USB and over the network: using an Ethernet cable or built-in Wi-Fi. The Wi-Fi module also allows you to connect to a printer and print pictures from your mobile phone or tablet.

The second testing ground becomes the center of Moscow with its most beautiful New Year decorations and illumination. Here I have to try out the lens with really poor lighting. Naturally, I do not take a tripod with me and conduct the entire shooting of my hands. ISO, depending on the location, ranges from 200-1600 units, which is generally acceptable. High aperture really gives the photographer new opportunities.

Shallow depth of field here comes in handy. Even taking from a relatively large distance of several meters, I manage to get a slight blur of the background and the separation of the subject from the background, the effect of volume.

Some stories, on the contrary, require a larger close-up. But there are no problems with this. The minimum focusing distance of the Canon EF 35mm f / 1.4L USM is 30 cm from the plane of the matrix.

It’s time to once again pay attention to the bokeh. Single lights of illumination is the best way to evaluate it by formal attributes. At the open aperture, the flare in the blur zone has a circular shape, practically without distorting closer to the corners of the frame. Fill flare uniform. Only on the edge of the highlight is a contrasting border visible. In some cases, this may lead to the appearance of a “scale effect” in the images, but the trend is not global in nature.

Here, in the center of New Year’s Moscow, I manage to check the lens in almost reporting conditions of shooting. In one of the alleys there are blacksmiths who forge various ornaments or horseshoes for happiness right on the street, give small master classes. I decided to watch their work a little through the viewfinder of the camera. That’s where the aperture is needed at 100%! I had to shoot in almost complete darkness, ISO even on an open aperture had to be raised to 6400 units. But the main thing that I was able to appreciate was the speed and accuracy of the autofocus Canon EF 35mm f / 1.4L USM. The lens focused the first time, accurately and quickly – as it should be a real reportage fix. Frankly, I did not expect such agility from him: most fast lenses are still rather slow.

In conclusion of the test, I would like to give some formal assessments of the quality of images with the Canon EF 35mm f / 1.4L USM. To do this, I took several frames at different aperture values with a plot quite complicated for optics: small contrasting objects in backlight. It is on such plots that the main weak point of the Canon EF 35mm f / 1.4L USM and the entire high-aperture optics is manifested – chromatic aberration. Lilac borders on contrasting borders are quite noticeable. But aperture can significantly reduce their level. Already at f / 2.8, the level of chromatic aberration can be described as low, and at f / 5.6 it is very low. But sharpness is high across the entire field of the frame already at f / 1.4. At f / 2 it can be called very high, with further aperture – just ringing. The same series of shots clearly shows the level of vignetting: it is very noticeable at f / 1.4,

The geometry of the Canon EF 35mm f / 1.4L USM is not quite perfect: there is a slight barrel-like distortion, which is easily corrected in the graphics editor if necessary. But if you do not photograph the brick walls, you are unlikely to notice it.

But the lens perfectly holds back light, gives a high contrast in the frame in almost any situation, does not allow flare.

The Canon EF 35mm f / 1.4L USM is a rare combination of f / 1.4 aperture, the highest sharpness with an open aperture, and a soft, plastic pattern. This set of features is even more unique for a 35mm full-frame lens. He also has other indisputable advantages: fast autofocus for this class of optics, a small minimum focusing distance. However, there were some minuses: on the open apertures, the Canon EF 35mm f / 1.4L USM is prone to chromatic aberrations, expressed in the form of lilac stripes and halos. At f / 1.4, vignetting is noticeable. 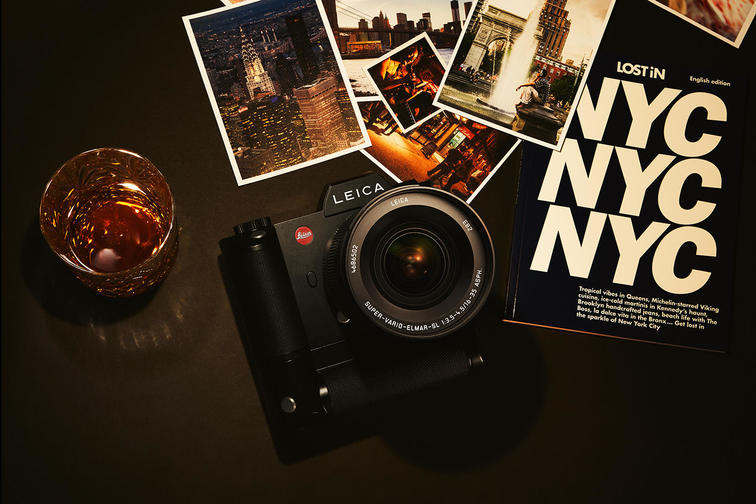