The opening up and importing of files into a given software application. The term is applied differently within different types of software. With imaging software, it is most often done through a twain interface or plug-in mini-application.

Misinterpreted information from a JPEG or compressed image. Color faults or line faults that visibly impact the image negatively.

American Standard Code for Information Interchange (ASCII) is an ANSI binary-coding scheme consisting of 128 seven-bit patterns for printable characters and control of equipment functions. ASCII is the basis for information exchange between many computer systems.

The smallest unit of memory; a contraction from Â´binaryÂ´ and Â´digitÂ´. Binary digits are 0 and 1, also known as ons and offs.

The method of storing information that maps an image pixel, bit by bit. There are many bitmapped file formats, .bmp, .pcx, .pict, .pict-2, tiff, .tif, .gif (89a), and so on. Most image files are bitmapped. This type of file gives you the Â´jaggiesÂ´, when examined closely you can see the line of pixels that create edges. Bitmap images are used by all computers. The desktop or screen information for all Windows machines uses .bmp files, while the Macintosh uses pict files.

A group of 8 bits; the basic unit of information

Charged Coupled Device, a light-sensitive chip used for image gathering. In their normal condition, these are greyscaled devices. To create color a color pattern is laid down on the sensor pixels, using RGBG color mask. (Red, Green, Blue, and Green) The extra Green is used to create contrast in the image. The CCD Pixels gather the color from the light and pass it to the shift register for storage. * CCD are analog sensors, the digitizing happens when the electrons are passed through the A to D converter. The A to D converter converts the analog signal to a digital file or signal.

Data compressed in one dimension yielding an average data reduction of about 5:1 or 6:1. The most common implementation of CCITT Group III is the data reduction circuit found in FAX machines. This technique is also known as “run length encoded.”

Compression in two dimensions yielding an average data reduction of 25:1 or better. CCITT Group IV compression requires the execution of 80-million bit-oriented operations. The resulting compressed file is roughly the same size as a vector file consisting of graphics.

Cyan, Magenta, Yellow, Black; These are the printer colors used to create color prints. Most Color Printers, Ink-Jet, Laser, Dye-Sublimation, Thermal, and Crayon printers use these as their printer colors. (This is one of the color management problems for computers. Converting RGB files to CMYK files causeÂ´s color shifts.) When used by a printer the CMYK is also known as a reflective color since it is printed on paper or reflective films

Process of compacting digital data, images, and text. Software algorithms search the raster image to build a greatly condensed (from a file storage perspective) format of the image. In the case of CCITT Group IV, the file size reduction is about 25:1. The actual compression factor is greatly dependent upon the quality of the scan and upon the density of the information.

Process of returning a compressed file to its full bitmap.

Printing term that describes the number of dots per inch that are used to create an image. (The image can be a font or graphic).

Encapsulated Postscript, a computer file standard set by Adobe for printers, which is the mathematical definition of shapes, lines, color, and space. This is one of the most accurate ways to define a font or image but creates a much larger file size. EPS files also add page description information to the files. Used on all computer, but not all postscript files are the same, nor readable between programs. EPSF is an IBM file generally, EPSP is usually found on Macintosh, and there are many different variations of each type.

The specific organization of data within a file. There are multiple raster and vector file formats, including TIFF, IOCA, Tiled TIFF, IGES, and DXF. Some file formats have been specified for file interchange to facilitate data storage.

A specialized mini-application to extend or offer unique expansions of a software package. Usually through the use of plug-in architecture. This is a key component of many imaging software packages

An Often-used microprogram or instruction set stored in ROM. Usually refers to the ROM-based software that controls a unit. Firmware is found in all computer-based products from Cameras to Digital Peripherals

Graphics Interface designed by CompuServe for using images online. This is a 256 color or 8-bit image.

The most recent GIF standard that allows the selection of the area for transparency, the primary use is on the internet and other online services. Like GIF it is 256 color or 8-bit imaging

Pronounced Gooey, stands for the graphic user interface. Refers to the computer interface with software in a user-friendly appearance.

The electronic representation of a document, stored and displayed as a bitmap. Various compression techniques are in use to minimize file size and network load.

The term commonly used to describe both the products and industry dealing with images.

Slang term for the stair-stepped appearance of a curved or angled line in digital imaging. The smaller the pixels, and the greater their number the less apparent the “jaggies”. Also known as pixelization.

The defacto standard for image compression in the digital imaging device. There are several versions of JPEG, some proprietary. JPEG, also known as JFIF takes areas of 8 x 8 pixels and compresses the information to its lowest common value. This is one of the reasons you can get as many images into the digital cameras. The results in decompression of the files can cause “blockiness”, the “jaggies”, or “pixelization” in some digital images. The higher the compression ratio the more the pixelization or blockiness occurs. The greater the pixel count the less pixelization may occur.

1024 bytes, written KB. used to refer to the size of files, relates to the amount of information in a file.

L*a*b* is a color model developed by the Centre Internationale dÂ´Eclairage (CIE). These standards are internationally accepted standards for all colorimetric measurements. The Lab model, like other CIE color models, defines color values mathematically, in a device independent manner. Lab color is consistent color regardless of the device producing the color.

Printing term for Lines per Inch.

1024 Kilobytes, written MB used to refer to the size of files or media such as hard drives. Refers to the amount of information in a file, or how much information can be contained on a Hard Drive or Disk.

1 Million Pixel Image. Usually produced with high-end digital cameras, and
Scanners. The greater the pixel count of an image the higher the resolution of that image.

The native color bitmapped image format for Macintosh&153;, up to 32-bit color.

The pixel is the smallest part of a digitized or Digital Image.

Also used in measuring image size and resolution, i.e., 640 x 480 is the pixel resolution of most VGA Monitors. (Note pixels are square in computers and rectangular in the video)

The stair-stepped appearance of a curved or angled line in digital imaging. The smaller the pixels, and the greater their number, the less apparent the “pixelization” of the image. Also known as the “jaggies”.

The plug-in architecture was first popularized by Adobe Photoshop and is now the defacto standard for all major imaging programs. Unlike Twain, it allows more flexibility in design so acquire, export, and specific task can be performed within a software application. This is the preferred choice of operation in the Macintosh and Â´Power UserÂ´ computers. Plug-In ideology has spread to other applications like Netscape Navigator, Macromedia Director, and so on. Not all plug-ins work with all products, specific interfaces are required for different types of software. Adobe has become the defacto standard for image editing software, and graphic illustration software.

Printing term for Pixels per Inch

Random Access Memory, the volatile memory used to temporarily store information for processing. This is the fastest type of memory for the computer, and the most expensive. There are several types of RAM.

Static RAM, the most expensive type of RAM found in on-board memory units, some Printers, and in PCMCIA Type I Cards. D-RAM, Dynamic Ram, Most often seen as the expandable RAM used by the computer for memory.

A two-dimensional array of black and white cells, called pixels or picture elements, which when displayed on a screen or paper, form an image or representation of an original document.

The process that automatically converts vector and text into raster. This process is done on-the-fly for plotting or can be stored as a file in raster format.

Red, Green, Blue; the color language of computers. ComputersÂ´ monitors and digital cameras use these colors to create all the colors seen on the monitor and saved in files. Green gives the color green but is also used for contrast control.

Read Only Memory, used for primary instructions in many Computer Peripherals and CPUÂ´s Firmware. Their instructions can be upgraded from a computer

Operating Instructions for specific task based applications. These instructions are carried out by the computer’s processors. These include all packaged for use like image editing, word processing, databases, CAD, CAM, games, and so on. The software has to be written for a specific Computer OS.

Tagged Image File Format (TIFF) is an industry standard raster file format, which consists of the image and header information. TIFF is also supported by most desktop publishing and paint programs.

An acquire interface developed by a consortium of software developers as a standard for communications between scanners, imaging devices and now digital cameras and other and the computer software. Twain allows you to import (acquire) an image into your software. This is the interface of choice on the WindowÂ´s platform.

An electronic or computer-readable image format incorporating a formulate representation of graphical line art. Vector format is used during the markup process, to keep redlines separate from images and to facilitate easy modifications. This format is also often used during the editing process.

Slang for What You See Is What You Get, refers to accurate screen images to print out. This is a primary result of Xerox Graphics interface. Pronounced “WizzyWig” 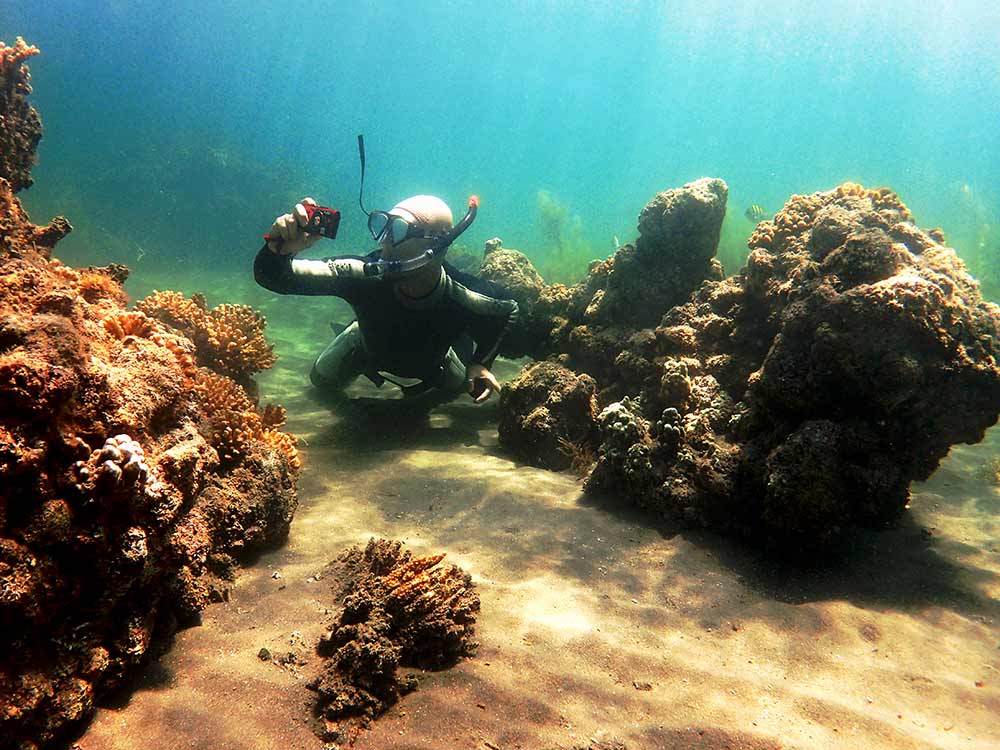 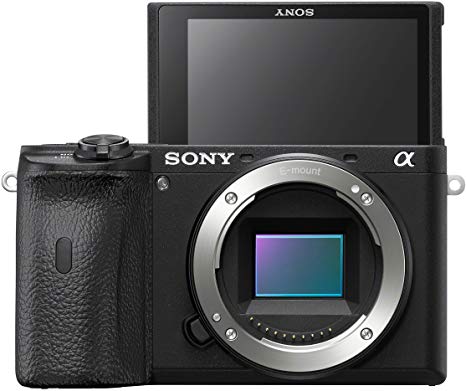 Posts by Chris Mackey
Previous Next