Sony A7 III: week with an expert 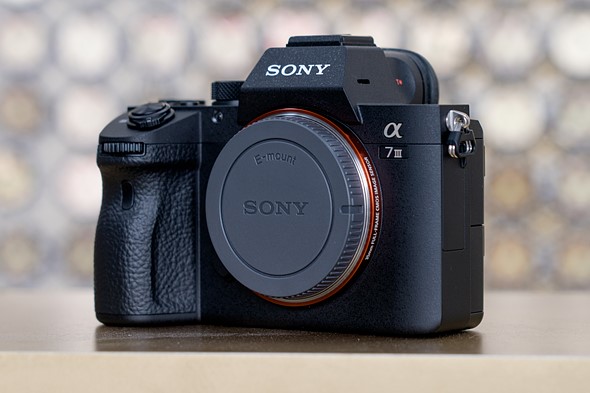 Overview of the main features of Sony ILCE-7M3

An innovative approach to the development of cameras is what distinguishes Sony from many competitors. In recent years, we have seen a large number of very bold design decisions. The most striking example is the full-frame sensor in mirrorless cameras. The seventh-series Sony Alpha cameras stirred up, but did not overturn, the photographic market: not all the innovations used in them appealed to photographers. And individual decisions seemed crude at all. Persistent Japanese developers responded with the release of the second generation of “sevens”, and then the serious reporting ILCE-9 . The wall of misunderstanding between the photographers and the brand staggered and collapsed, all that remained was to remove its fragments. And here the third series of “sevens” became a real bulldozer, at the time of writing this article was presented by two models - previously testedILCE-7RM3 and the hero of this review is ILCE-7M3 . Check price Sony A7 III Let's say right away, the wow effect from the announcement of each of the third-generation cameras was powerful. If ILCE-7RM3 was surprised by the combination of the highest characteristics, then ILCE-7M3 was struck by the ratio of price and capabilities. Experienced photographers immediately discerned in its specifications an explosive mixture of two more expensive models - ILCE-7RM3 and ILCE-9 - with a significantly lower cost.
ILCE-7M3 / FE 12-24mm F4 G Installations: ISO 100, F7.1, 1/400 s, 14.0 mm equiv.Download RAW
Have Sony Released DSLR Killer? Or is there some kind of trick behind the impressive performance? We will find out in our test. Sony Alpha 7 III, the first to arrive in Russia, spent more than one day at the editorial office, we tested it in different shooting genres and shot many beautiful shots. But before moving on to a detailed review, let's look at the camera again: what do developers want to surprise us with?

Matrix. More than you expect

The heart of the camera is a full-frame 24-megapixel CMOS sensor. It would seem that everything is like in Sony ILCE-7 and ILCE-7M2 . Nothing prevented the developer from once again putting a well-proven sensor in the base camera of the series. But the three Latin letters BSI from the official description of the camera say more: here a new matrix with backlight is used. We have every reason to assume that this is almost the same sensor that is used in the Sony A9, but without a layer of internal memory (logical for the basic model of the line). However, problems should not arise with the speed. The matrix is ??used with the latest BIONZ X image processor and LSI (linear system integrator) preprocessor. Thus, the read speed is doubled, and data processing - 1.8 times compared to ILCE-7M2.
In-camera JPEG without processing
ILCE-7M3 / FE 24-105mm F4 G OSS Installations: ISO 6400, F4, 1/80 s, 61.0 mm equiv.Download RAW
Work at high ISOs, of course, was also inherited from a reporting fellow, and not from the previous generation of “sevens”. This becomes clear literally after the first frames: the pictures are very noisy.

The youngest of the latest “sevens” can shoot up to 10 frames / s with both a mechanical and an electronic, completely silent shutter. Note that the manufacturer does not declare shooting without a rolling shutter (unlike the Sony A9). The reason is the “ordinary” rather than the multilayer matrix. In addition, in the comfortable Live View mode, when the photographer sees a live picture on the screen, and not the last frame of the series, you can shoot up to 8 frames / s. However, these limitations cannot be called significant. The declared buffer size is also impressive - 89 compressed or up to 40 uncompressed RAW files. This is clearly not an amateur level.

For autofocus in the Sony Alpha 7 Mark III , a system of 693 phase focusing points located directly on the matrix is ??responsible. They cover 93% of the frame — competitors have never dreamed of this. 425 areas of contrast autofocus assist phase sensors. Thus, the system is hybrid. And now the main “trifle”: we have the characteristics of the top Sony A9, only in a much more budget model. The autofocus system inherited the function of eye guidance (including in continuous mode), and face recognition with a given priority, and other subtle settings. Autofocus sensitivity reaches EV-3, which is an impressive figure for modern cameras.

Just in case, we clarify that the excellent image stabilizer based on the matrix shift has not gone away. It is still able to stabilize camera vibrations along five axes, as well as work together with the lens stabilizer. However, in the third series of "sevens" its effectiveness was increased and is now declared at the level of 5 exposure levels.

ILCE-7M3 can shoot Full HD and 4K from the full width of the matrix. In full-frame mode, pixels are read completely and without combining (binning). This compresses approximately 2.4 times more data than is necessary for recording 4K videos (3840 × 2160), and reduces the moire effect. The bitrate is up to 100 Mbps. Full HD shooting is possible with a frequency increased to 100/120 frames / s. It also implements a special mode for fast and slow motion S&Q, which allows you to shoot Slow Motion and interval movies. In addition to the already familiar S-Log2 and S-Log3, HLG (Hybrid Log-Gamma) is supported for shooting in HDR.

Step forward in the little things

Almost all the useful innovations that we noted in the ILCE-7RM3 test are also implemented in ILCE-7M3. Among the most important, we note the touch interface, improved ergonomics, support for UHS-II memory cards and an increased NP-FZ100 battery. Of the simply pleasant ones - two USB connectors (Type-C and traditional Micro-USB), charging and power from any USB, anti-flicker, photo rating system in the camera itself.
The camera screen has become a touch. It allows you to not only select the area of ??autofocus by touching, but also to move it with your thumb when sighting through the viewfinder. Unusual, but very convenient.
What did the developers sacrifice in pursuit of reducing the cost of new items? A thorough study of the characteristics led to the following results. Compared with ILCE-7RM3, the resolution of the sensor has decreased, the Pixel Shift mode has disappeared, the resolution of the viewfinder has decreased from 3.6 to 2.3 million points. Compared to ILCE-9, the shooting speed first of all fell, the buffer volume and the reading speed from the matrix decreased. In the rest, the developers managed to drag the top-end characteristics almost painlessly into the middle price segment of cameras without serious marketing restrictions.