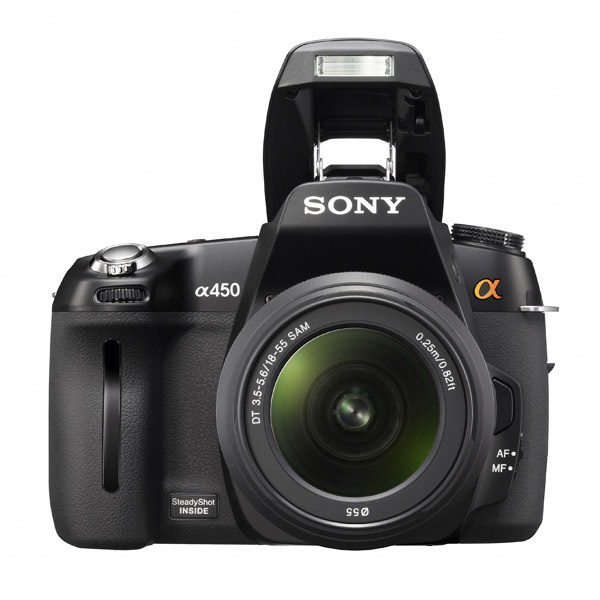 Today, Sony has in its lineup a record number of SLR cameras in the price range up to 30,000 rubles. With the recent introduction of the DSLR-A450, there are six. And if you take into account the "outdated", but still sold DSLR-A200, A300 and A350 - then all nine. Get price Sony DSLR-A450 The cameras are distributed in the modern amateur line as follows: the cheapest model DSLR-A230 is a simple camera based on a 10-megapixel CCD with no Live View function; two older models, DSLR-A330 and DSLR-A380, have the Quick AF Live View function, are equipped with 10- and 14-megapixel CCDs, respectively, and their display is rotatable. For more advanced enthusiasts, the DSLR-A500 and DSLR-A550 exist. Both cameras with modern low-noise 12- and 14-megapixel CMOS sensors, with Quick AF Live View and rotary displays. But even this didn’t seem to be enough for the company's marketers. At the very beginning of 2010, the DSLR-A450 was released, which is a simplified version of the DSLR-A550. The camera does not have any “extra” functions (neither Quick AF Live View, nor a rotary display). But the price of this model right now (after a couple of months of sales) is more than competitive. About Sony DSLR-A450 and the story will go in our test. *** Key features of the model: Use the free HTML converter or subscribe for a membership to have even more features. You can purchase a license at htmlg.com