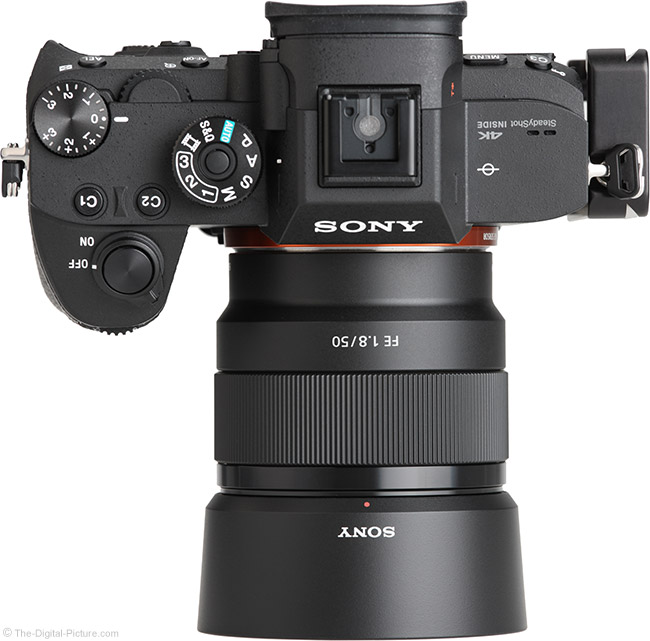 It's hard to say what caused such a strong sympathy for Sony "fifty dollars", but today in the mirrorless system of this company there are as many as four such lenses. Before moving on to testing the Sony FE 50mm F1.8 (SEL50F18F), let's figure out who is who in this family.
ILCE-7RM2 / FE 50mm F1.8 Settings: ISO 100, F1.8, 1/2500 s, 50.0 mm equiv.
First came the light of SEL50F18, aka Sony E 50mm F1.8 OSS . It was the first stabilized fifty dollars in the world. However, at that time, the seventh series full-frame mirrorless cameras did not yet exist, and the lens was released under the APS-C frame format. Later, with the advent of the full-frame system, Sony Carl Zeiss Sonnar T * 55mm f / 1.8 ZA (SEL-55F18Z) saw the light. A good “pedigree”, a solid construction and extraordinary sharpness ensured him a considerable market value. Not every photographer could afford such a “toy”, and the niche of the budget fifty dollars in the system remained vacant. Introduced in the spring of 2016, the Sony FE 50mm F1.8 (SEL50F18F) dotted the i. He will be the main character of our test today. In fairness, we note that although we call the lens budget, it outperforms all full-frame 50mm lenses with f / 1.8 aperture from other systems. Check Price Sony FE 50mm F1.8 (SEL50F18F) But who became the fourth representative of the family? The last of the fifty-fifty brothers was only announced at the time of this writing. However, we hope to prepare a test Sony FE 50mm f / 1.4 in the near future.
ILCE-7RM2 / FE 50mm F1.8 Installations: ISO 50, F1.8, 1/2500 s, 50.0 mm equiv.
In the meantime, back to SEL50F18F. When meeting him, he does not make any vivid impression. This is the classic "junior" fifty dollars of the system. The Sony FE 50mm F1.8 housing is made of plastic. Even the focus ring is plastic. Of metal there is only a bayonet mount and a small pad on the front. But the lens turned out to be light: its weight is only 186 grams. In terms of design, everything is very modest and utilitarian. There are no switches on the case. Autofocus is turned on and off through the camera menu. No decorative elements.

Turn on the camera and start shooting! During focusing, the front lens of the lens does not rotate, allowing the use of polarizing and gradient filters. By the way, their diameter here is very modest - 49 mm. The front lens block moves back and forth within five millimeters. Focusing is not silent, which is generally uncharacteristic of the mirrorless Sony system. A slight buzz of the motor is heard quite clearly, but does not cause inconvenience.
The sound of the autofocus motor does not interfere with the shooting of either the photographer or the models.
ILCE-7RM2 / FE 50mm F1.8 Settings: ISO 100, F1.8, 1/1250 s, 50.0 mm equiv.
ILCE-7RM2 / FE 50mm F1.8 Settings: ISO 100, F1.8, 1/640 s, 50.0 mm equiv.
Focusing speed is sufficient for most scenes, but still inferior to the top system lenses. There is also an interesting feature: with frame-by-frame autofocus, focus confirmation occurs a split second before the autofocus drive stops. Probably, sharpening is carried out according to the contrast principle. The camera already “knows” at what point the maximum contrast is reached, and it only remains for it to return the lenses a small step back. But due to the not too quick autofocus motor, this does not happen instantly. In order not to lose focus, the photographer should use AF-S frame-by-frame autofocus only for static scenes. If at least a slight movement appears in the frame, it is better to enable AF-C continuous autofocus with this lens. The minimum focusing distance is 45 cm, which is the de facto standard for fifty dollars. It’s impossible to take a macro, but large-scale frames of flowers are easy!