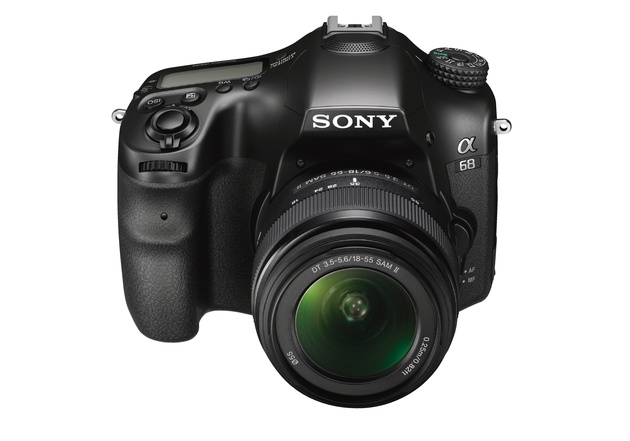 Sony has recently joined the professional photo market. However, now she is one of its leaders. Is it a joke: in the segment of full-frame cameras in Russia, Sony competes on equal terms with Canon and Nikon. Of course, we are talking about mirrorless models with E mount. Against this background, SLT cameras - the heirs of classic DSLRs - do not look so confident. It was rumored that the company will no longer support the bayonet mount, but Sony officials have denied this information . The fact of the release of the new camera, ILCA-68, also speaks against. This model will become the main character of our test. Check price Sony ILCA-68 Immediately, the camera turned out to be unusual. This is a representative of the middle amateur class, although taking into account economic realities its price can not be called low. But many of the features of the camera are much higher than other models for beginners. For example, burst speed up to 8 frames per second, autofocus with 79 phase detection points. At its core, the ILCA-68 is a slightly simplified semi-pro model ILCE-77M2 .
ILCA-68 / DT 16-50mm F2.8 SSM Installations: ISO 100, F5.6, 13 s, 24.0 mm equiv.Download RAW
The matrix is equipped with a stabilization system. Even in the shape of the case, the camera can be safely attributed to semi-professional models. The top panel has a monochrome display. But miracles do not happen, and the manufacturer had to save some money in order to ensure a competitive price for the camera with such powerful characteristics. On what? Let's get it right.