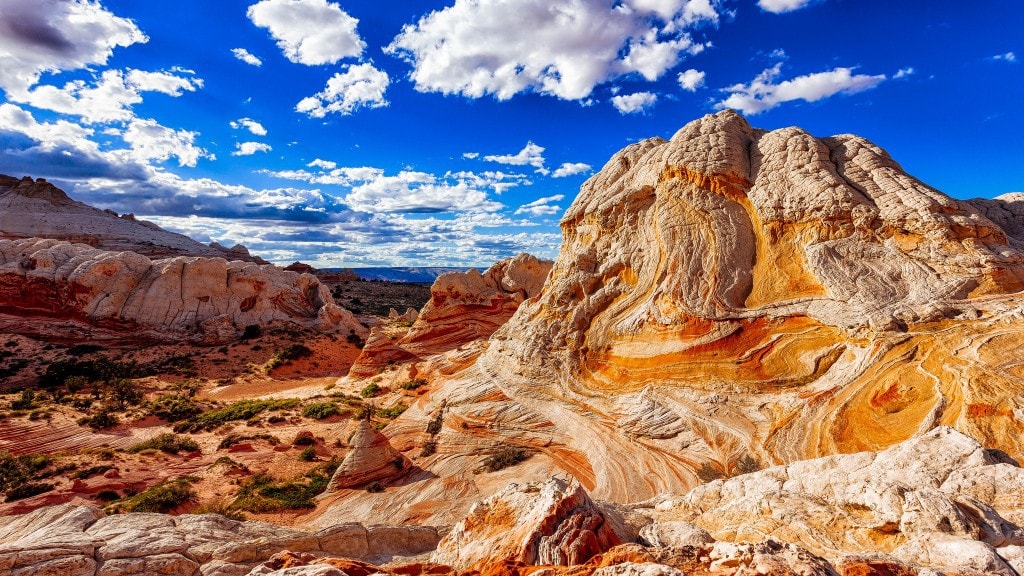 If there is something that reflects an infinite range of colors and hues, that is the sky. There are no two equal skies, no two equal sunsets, nor two sunrises, and although the sky is an intense blue similar to yesterday, the clouds will not be the same. There is nothing so changeable, as versatile or as prized in colors as he is, it is a dream of a color palette for any artist. And, as if that were not enough, it leaves us from time to time that wonderful gift such as the rainbow, is flooded with stars or hypnotizes us with the northern lights. The sky is like a vast movie screen where phenomena are happening, one behind the other.

The shows offered by the sky are so unique, so incredible that more than once you have wanted to portray it, what happens is that then, when you see the photo, you realize that it is so similar to other photos you have of the sky … Can you be? Well, that small inconvenience is more than salvageable, if you stay reading I will show you a few different ways of photographing the sky. You stay? Great, I’m sure that in addition to learning you will enjoy the spectacular example images.

WITH THE SUN AS THE PROTAGONIST

A very round and large sun in a photograph is really attractive. The sun is not seen by the damage it does to our eyes when we stare at it, for that reason, being able to see it carefully, calmly and enjoy it, is a gift for our eyes. If you want to know how to photograph the sun, be sure to read the article “How to photograph the sun, tips and tricks” and to motivate you, here are 25 spectacular examples .

The sun does not always look radiant in the sky, sometimes the storm stalks, but these stormy days are a great opportunity to take pictures. The rage of nature is concentrated in the sky in the form of gray, dense, threatening clouds … that erase the peaceful blue of a stroke contrasting with the rest of the landscape.

The lightning when it falls, it does so at a speed that we barely have a moment to appreciate it. That’s why portraying it is an achievement and a rewarding effort, since the results are usually spectacular. A thunderstorm is an ideal time to get your camera out of the case and get to practice. Do not get frustrated if you do not get to the first, because most likely you will not achieve either the first or the second. It requires patience, shooting many times, being attentive at the right time and not being enthralled looking at the lightning, you must react to shoot!  These twelve steps will guide you so you can achieve it.

Here is another spectacular example of lightning. See how the image wins by including the monument and the trees in the frame.

After the storm there is always calm, says the saying. And, in addition, with that calm comes the expected and cheerful rainbow, a phenomenon of the most photogenic, for its colors, for the shape (curved lines that lead the gaze), for the contrast … You love the rainbow … and you know!

OR WITH DOUBLE RAINBOW

And if a rainbow sky is attractive, with two, it is doubly attractive!

Sometimes the sky is dressed in an intense, bright, deep blue, as if it were a cartoon sky, and it is also adorned with clouds of cotton, blanquitas, with well-defined forms, abundant but not enough to eclipse the predominantly blue. It is in those moments when you can search for the lower third of the image something that causes a great contrast and that highlights the blue bathed by white shapes. Here is an example, you could also use a very golden wheat field, a valley covered with green «grass», a field of poppies …

If you ever have the opportunity to photograph the sky from the air, you will see that from that point, the clouds are like giant cottons floating over an infinite sea and that the result is an image that transmits immense peace and serenity.

Surely you’ve seen countless photographs of a person looking in the mirror … what if? And did you know that heaven can do it too? In the lakes, seas, rivers, or even large puddles, the sky is reflected as if you were contemplating yourself in a mirror, capture that snapshot and you will have a double sky.

Many times I have commented on the blog that sunrise and sunset are the favorite moments for photographers when shooting. The light they offer both is spectacular, but if we talk about photographing the sky, these moments are essential. Capturing the sun peeking into a sky that is lighting and changing its color second to second is a really beautiful task.

When the sun begins to fall behind the horizon, the sky becomes a spectacle of colors that dance as a prelude to the dance of stars that is about to begin. While the curtain of darkness is not closed, take the opportunity to shoot following these tips to photograph spectacular sunrises and sunsets .

When night falls, our satellite is installed in the sky to make the nights more magical and to give the sky a reason to be photographed. Full, growing, waning or new, the moon is a wonderful complement in the night sky that you can immortalize by following these thirteen simple steps .

And if the moon cannot be seen because it has not yet come out or because it is in its most absent phase (new moon ), you can take the opportunity to photograph the starry sky and achieve an image as spectacular as this. If you don’t know how to do it, here you have it explained step by step .

You can capture a starry sky as in the previous image, in which the stars appear as dots, as you normally see them, or you can capture the movement of the earth through them, making them look like curved lines, these are the Star trails and is achieved with long exposures.

WITH THE MILKY WAY

If you include the Milky Way in your starry sky, your photo will be truly spectacular. If you don’t believe me, look at the following image. Surely as soon as you see it, you’ll want to go out and portray it!

If there is something really magical in the sky, it is the Northern Lights. That is something spectacular, incredible and great. It is not easy to see it, but if you have the possibility to travel to one of the places where you can contemplate, you cannot return without portraying it !!!

It is not a phenomenon that occurs every day, but it is one more form of photographs of the sky, and not just one more, an eclipse is really attractive, be it sun or moon. Pay attention to when it will be next!

IN BLACK AND WHITE

Although I have spoken to you several times throughout the article of the colors that the sky offers you, you cannot forget black and white. Photographing a sky in black and white can be really dramatic. For this you need to include something else in the frame and especially that there are many clouds. As you can imagine, a totally blue sky, without any cloud, would have no interest if you cancel the color.

There are those who collect postcards, others treasure cards, thimbles, fans, lighters or a host of objects. I propose a collection of skies. Today I have given you sixteen ways to photograph it, now it’s your turn to put them into practice and achieve a lot of different skies. It will serve you as learning, but also to contemplate the sky, relax, enjoy sunsets or the sky full of stars waiting for you to make a wish. It is one of the small pleasures of life that we sometimes forget caught in the rush of daily routine.

If you liked this article, I would greatly appreciate it if you showed it by giving it a “Like” or by sharing it on Facebook, Twitter or Google +. Let’s spread the desire together to contemplate the sky and collect your best moments. Thank you and see you soon!

The CSS Beautifier is a brilliant free online tool to take care of your dirty markup. 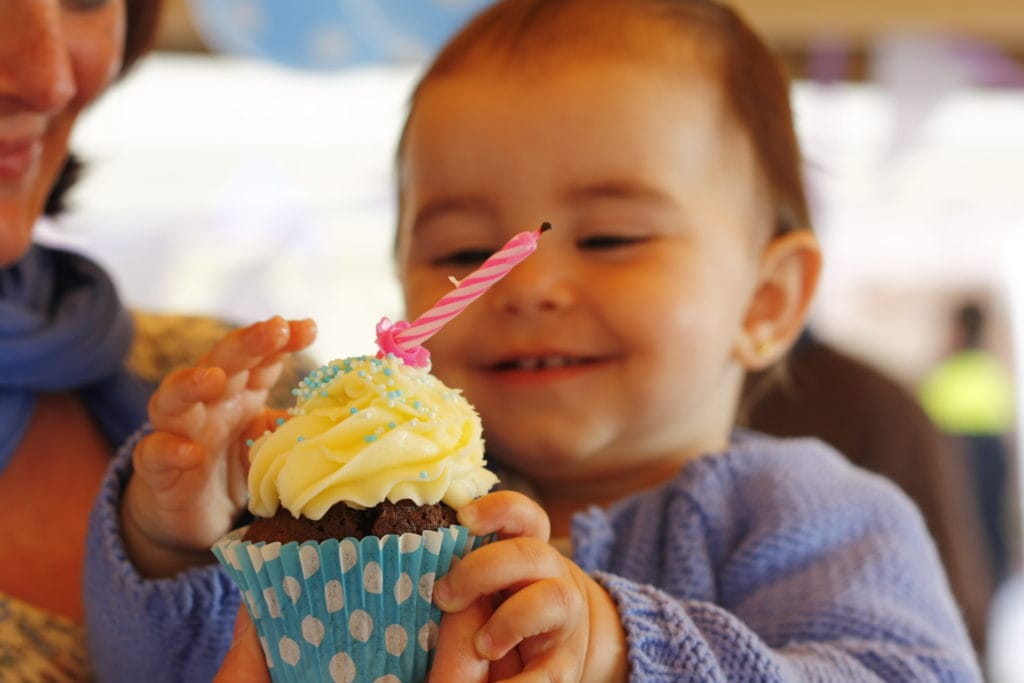