ALL ABOUT THE RAW FORMAT: ADVANTAGES AND DISADVANTAGES 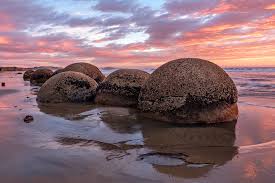 We had been dealing with cameras and devices for a while, so today, in response to the request of many VIP readers, it occurred to me that we could talk about the RAW format. Those of you who have a compact photo camera will be calmer, since RAW is a photo format typical of digital SLR cameras. But if you have a SLR camera and currently you only take photos in JPG, you may want to take a look at today's topic. In today's article I will try to explain in a very simplified way:

WHAT IS THE RAW FORMAT?

RAW means "raw" in English. Therefore, it is a format with which we keep the raw, unprocessed photo, as if we had not yet taken it. When we shoot a photo in the usual JPG format, the camera records the image on the memory card in a definitive way that does not admit changes later, or maybe yes, but very few. On the other hand, if we shoot the photo in RAW format, we are actually "conserving" in some way the scene inside the memory card and thus keep the possibility of finishing taking the photo later, on our computer. When we shoot the photo in JPG format with the camera, the camera records the image permanently on the memory card in a format (JPG) interpretable by any photography software. In addition, at that time the camera records the photo with certain data (white balance, saturation, exposure, contrast, etc.) and dispenses with other unnecessary data. Somehow the camera compresses the photo or package and leaves it ready to view at any time, send it to a friend, post it on our Facebook, etc. However, when we shoot with the RAW format , the camera records not only the image data but all possible values, leaving the photo somehow "open" to any changes later. Imagine, for example, we shoot the photo with exposure values ??and white balance x, but later we have changed our mind and we want to change those values ??to others, but we can not shoot the photo again because we are already at home in front of our computer . If we had only one JPG image, we could change the truth a little, but if we had a RAW then we would open it, we would provide the necessary modifications, and at that time we would obtain our final JPG image, already on the computer. RAWs are therefore a kind of "negative", a source file from which we can obtain the final image that will always be JPG.

WHAT ARE THE ADVANTAGES OF SHOOTING PHOTOS IN RAW MODE?

WHY? WHAT ADVANTAGES DOES THE RAW FORMAT GIVE ME?

Image quality: RAW photo does not compress the photo as JPG does. With a RAW photo we can be sure that we capture ALL the possible quality. It allows subsequent changes, adjustments, improvements: With the RAW format you can change almost everything in the photo. Except details such as framing, the arrangement of objects / subject, etc., the rest almost everything you can change later: you can give the photo more exposure (light), change the white balance, give it more warmth or colder , change saturation, etc. For example we all know that to shoot a photo in low light conditions, high ISO values ??are usually used, and that causes the photo to have noise in the darkest parts. Well, thanks to the RAW format, we can calmly suppress that noise from the comfort of our computer table, thanks to the possibility offered by the RAW mode. Here are some examples of photos I took in RAW format and what they looked like BEFORE and AFTER I processed them. You will see that the RAW format is a pass.

EXAMPLES OF PHOTOS IN RAW FORMAT

But if you decide to take photos in RAW, not everything will be advantages. Let's see: Memory card space: The RAW format, being "raw" and uncompressed, takes up much more space on the memory card than the JPG format. Where 400 JPG photos fit, maybe only 110 RAW photos fit. Annoying postproduction process: At first it is cool to take photos in RAW format and work them later on the computer, but after a while it begins to seem like a fateful, long and boring task. And if you take photos in RAW you can only use them, send them, publish them and share them once you have processed them on your computer. The RAW format is not unique and universal: The JPG format is unique and universal. All JPG's are the same, all programs open and read JPG photos in the same way. This does not happen with RAW since each camera has its own way of doing RAW. For example, Canon RAWs are different from Nikon RAW. This poses a compatibility issue. Many warn that a RAW photo could be opened and used today but in 7 years it may not be possible, as manufacturers update their software and sometimes change RAW, so the RAW you have before does not work for you anymore. .

WHO IS THE RAW INDICATED FOR?

If every time you do a photo session you come back with 200 or 300 photos, forget about the RAW, since having to process 200 or 300 photos one at a time can be very time consuming. On the other hand, if you take 100 photos or less in each photo session, you may want to shoot in RAW. If you like to visualize your photographic works on your computer and spend some time, work your photos one by one, then RAW is definitely what you need. If you have a very small memory card or you lack space then it will not be a good idea to shoot in RAW, since it is a format that as we said before occupies a lot of memory, for those cases it is better to shoot in JPG. On the other hand, if you are free of memory card space, do not skimp on RAW. Another good indication of whether the RAW format is indicated for you or not is to ask yourself the question “Why do I want a RAW format?” If you find an answer to this question, well, keep going, shoot in RAW, but if by On the contrary, you don't know what you want it for, if you shoot in RAW but in the end you don't take any advantage, then you may find it better to continue with the JPG and that's it. This has been a first approach to this format, still unknown to many. In spite of the innumerable advantages of the RAW format, I have preferred to present it with some caution, I do not want you to rush and start shooting in RAW for no reason. Many people shoot photos in RAW but do not know exactly why they do it. I take most of the photos I shoot in RAW. If you are interested in learning more about this wonderful world of RAW, I invite you to continue reading next week. We will go deeper into the RAW format and I will show you some programs and tools to open the RAW files and work / process them on the computer. For now, go outside and take 2 or 3 photos in RAW and return home. You will surely check that your computer is not able to open them. Next week I will explain how to open the RAW and how to work them. Until next week. Be good Update: If you are interested in RAW, you can read our article  Photos in RAW format: How to get the most out of the video and watch the  Video Tutorial: How to process a RAW file with Adobe Camera RAW .