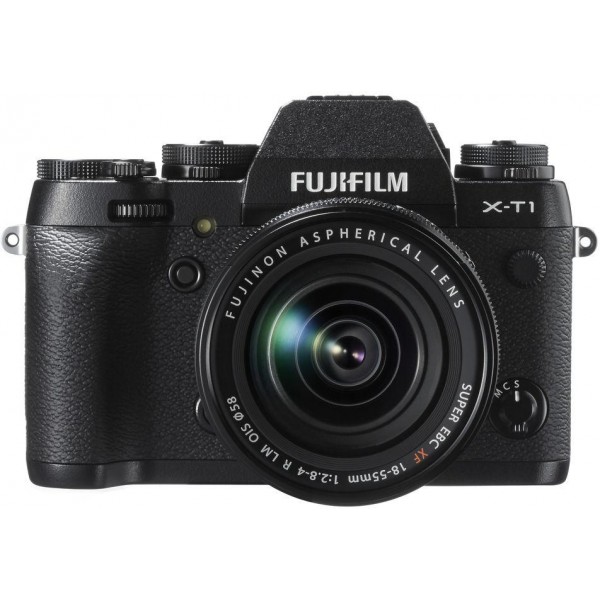 Recently, the freshest and most interesting news of digital photographic equipment fell on our test. This is logical: His Majesty the Number now dominates the market. But the digital industry is not limited only to digital technologies. And today we want to tell you about a very interesting new product from Fujifilm - this is a compact instant camera Instax Mini 25. Frankly speaking, Instax cameras are not such a novelty. They have been represented in the Japanese market for a very long time. A real boom on them in Japan happened back in 1999. And then the interest of buyers did not weaken. The role here was played by the closure of production of photographic materials for instant printing by Polaroid in 2008. But only in 2011 did Instax cameras officially ship to Russia along with the entire line of consumables.

It may seem strange to a man brought up on digital technologies, but there is almost no electronics inside the camera! We charge the cassette with 10 photographs, take a picture, a photograph leaves the camera, which itself appears in a few minutes. Almost forgotten legends of the 90s immediately come to mind - huge Polaroid cameras. Yes, that's right, the technology is absolutely the same! Here are just Instax cameras noticeably more compact compared to Polaroid. But there are no miracles. And in the case of such a technology, the size of the camera is always determined by the size of the print. One of the most compact models, the Fujifilm Instax Mini 25, came to our test. The size is 112x121x50 mm in the off state. Weight is only 300 grams. The prints have the form factor of a regular business card - 86x54 mm. But in the family there are devices with a larger frame, for example, Instax 210 with a frame size of 86x108 mm. Well, let's get right to the point. We take out the cartridge from the sealed package, open the back door of the chamber and insert the cartridge. All this is done in the light, there are no tricks. The cassette cannot be inserted in the wrong direction. We press the trigger, the camera buzzes, and after a second comes out of it ... a piece of black plastic with the inscription "this is not a film". This is a protective plug that closes the photo cassette from exposure when the camera is charging. Then you can shoot: at your disposal as many as 10 frames! So you have to think carefully about how best to spend them wisely. This is not a "figure": removed, looked, erased ... By the way, I was a little cunning when I said that there is no electronics inside the camera. There is! It is electronics that calculates exposure. This happens automatically. The only way to intervene is to introduce exposure compensation in a very exotic way. The camera has several buttons (power on, two shutter buttons, flash button and exposure compensation button) and a tiny monochrome LCD with a couple of three icons. Press the exposure compensation button and change the settings sequentially: without correction, negative correction (pictogram D), positive correction (picogram L). All! No other settings are provided. The frame will be built on the optical viewfinder of a very modest size, and even located slightly away from the optical axis of the lens. So when shooting from a short distance, you have to remember what parallax is. No autofocus. Everything that is located in the frame further than 50 cm from the camera will be sharp. If you want to take larger shots, put on the macro lens that comes with the camera. However, a significant reduction in the minimum focusing distance still does not occur. Sharpness appears starting at 30 cm from the camera. Instax Mini 25 is equipped with a small built-in flash. But for portraits, it is quite suitable. The camera is powered by two CR123 lithium batteries. Of the interesting features of the device, it is worth noting two shutter buttons for vertical and horizontal orientation of the frame. As well as a small convex mirror on the lens itself. You can remove the auto-cut from outstretched arms. Immediately after shooting, a photo card leaves the camera: on one side is white, on the other is black. After a few minutes, the image appears on the light side. First, individual contours, then colors appear. Oh, how over the years of using "numbers" we have lost the habit of developing the image, even in such a simple way!

This is to some extent a toy, but not a tool. And this is exactly how you need to treat Instax Mini 25. At a party with friends, at a lunch break in the office and just at the weekend in the country, a small photo the size of a business card can simply cheer up both the photographer and his models. This device has nothing to do with, possibly, your DSLRs. Here you can forget about composition, focus, sharpness and other “rules”: you just need to take the moment and emotions. But what an almost childish delight you feel when the first contours of the image begin to appear on the white field of the future photo! Let there be mistakes with the exposure, and the color is not always perfect. The main thing is a good mood!