LEARN TO MASTER PERSPECTIVE AS A COMPOSITION ELEMENT 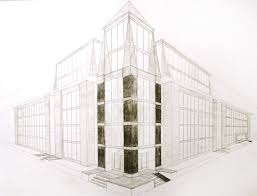 Composing an image consists of organizing the elements that make it up so that the result is a harmonious, balanced and aesthetically attractive set. You already know some tools to improve the composition of your photographs . Today I will tell you about a very powerful and easy to handle perspective. The real world is three-dimensional and our eyes see it that way because, being located in different positions, each one picks up a slightly different image of the reality in front of them in their retinas. With these small differences the brain calculates the distance at which the elements are. The calculation of the distances is what places the visualized objects in the three-dimensional space, obtaining a sense of depth or volume. Photography, unlike the real world, is an art of only two dimensions. Even so, we perceive depth in the images. Why does this happen? Well, it happens thanks to the perspective, or what is the same, the visual illusion perceived by the observer and that helps him determine the depth and location of objects at different distances. Through this technique, in art and photography a three-dimensional world is projected on a two-dimensional surface. How do you get it? Controlling the variation of the size of the objects or subjects of the image, superimposing them and placing the ones that are closest and the ones that are farthest lower. If you learn to master this technique, you will have a powerful composition tool that will help you achieve really attractive images. If you want to know how, read on, with some basic concepts and some examples, you will learn what is necessary to look through the viewfinder of your camera with another "perspective" .

The important thing is to know the different types of perspective that exist and that you can apply to your photographs, which is what really interests us. Linear perspective This is a form of perspective geometry in which parallel lines are represented as converging at a point, known as the vanishing point, thus causing the illusion of depth and distance. This type of perspective can be enhanced in two ways: As you can see, in the first two cases the feeling of depth is greater, while in this last image the cars seem to be in the same plane! Aerial perspective It is also known as an atmospheric perspective and can be enhanced thanks to environmental conditions, such as rain, fog ... Especially in landscapes, the farthest planes seem less clear and with bluish or grayish tones that the eye interprets as farther , since cold colors are interpreted as more distant, while warm colors are closer. See how the mountains in the foreground appear much sharper than those in the background. This effect is enhanced much more with fog and rain. If you are not sure, look at the following example: Forced perspective As the name implies, it is the one that you can achieve by manipulating the scene. It is about making the objects or subjects appear to be on the same plane. I have already told you how to enhance the perspective based on the angle, but you can also create a composition that deceives the eye of the viewer, here is an example. In this photograph, the boy seems to be holding the plane, the eye interprets a distance when the reality is very different. You can achieve this effect and "cheat" the viewer in two ways: In this image you play with the position of the objects, if the hand (or other part of the body) of the subject that is in front covers the one from behind, this funny image would not be so much, because they would not seem to be in the same plane, such and how it happens. To achieve this type of images you just have to take these two aspects into account and give it some imagination. Here are some examples to arouse your curiosity and, incidentally, your creativity. The image of Steven Guzzardi of the bank, is different from what I told you about making the objects appear to be on the same plane, however it is another way to fool the eye playing with the perspective and achieve original and fun images.

HOW TO GET THE MOST OUT OF PERSPECTIVE?

1. Use different objectives to play with depth of field . For example, to photograph a landscape you are interested in the feeling of depth being as large as possible, for this use a small aperture, or what is the same a high f number. To photograph people, buildings or larger objects, especially if it is at the same level, better do the opposite, a small depth of field will blur the background making it seem farther away. 2. To achieve better images using forced perspective, I recommend that you use a small aperture (a high f number) so that all objects come out equally focused. Plan the scene well and take the time to achieve an image as perfect as possible. Most likely, you have to make several shots until you get the desired effect. And a trick , firing from a point of view as low as possible, you will make the foreground objects appear much larger. 3. The linear perspective will be more evident the more straight lines appear in the composition. You will not achieve this in landscape photography, where straight lines are scarce, but it gives very good results in architectural photography. Look for converging lines, in addition to gaining depth, they will guide the eye of the beholder. 4. Shoot from a point as low as possible so the lines seem to start much more apart. 5. You can enhance the size of the objects by comparing them with others of which we have reference, so the viewer can see how large it is. I explain to you, in a landscape there are usually elements that give us clues about the size of what is around, a tree, an animal ... However, sometimes there are no such elements that help us, but you can put them. If you want to show the immensity of a mountain, add a human figure, so you will also add a center of interest in the image. The same can be used in architecture structures or similar. 6. Look for perspectives or points of view other than the human eye so that your images achieve a greater impact. Take a little imagination and "spin" until you find a striking image.

A GREAT TOOL IN A SMALL SPACE

Well, you already have a new tool that takes up no space in your backpack and weighs even less. However, it is a very powerful tool when composing your photographs. And best of all, you don't even need to leave home to practice! You can start right now, at home, yes, yes, don't you believe me? Try to put someone in your family into a cup of coffee or a shoe, look out the window and look down (or up) through the viewfinder of the camera. Do tests and more tests, you know that practicing is how you really learn. Come on! What are you waiting for? Ah! One thing before launching, if you like "you" you help us to continue writing and if you share it you will also help others to change their "perspective". Thank you and see you soon!