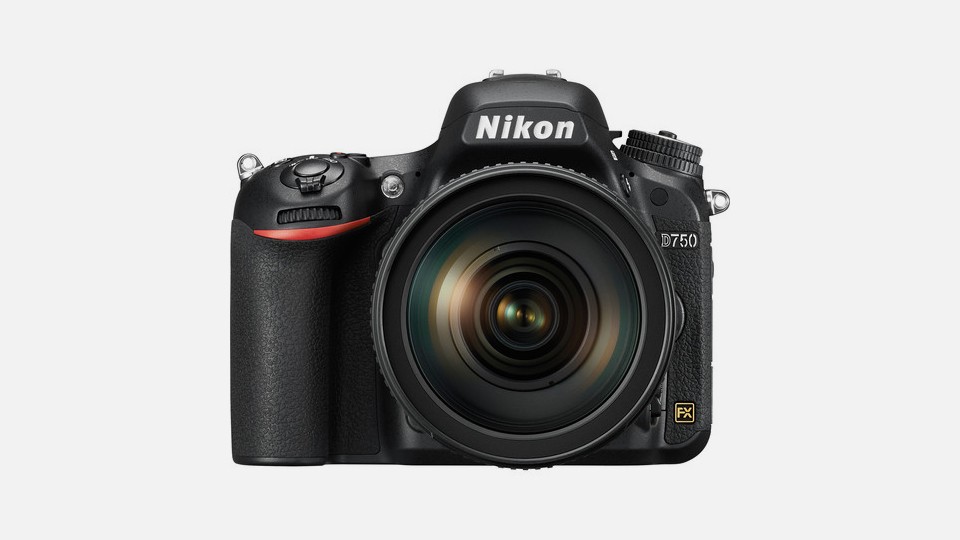 For many years now, Nikon system adherents have been dreaming of releasing the replacement of the legendary Nikon D700 - a fast reporting camera with an affordable price and at the same time developed functionality. The very successful Nikon D610 and Nikon D810 cameras did not suit everyone: the first seemed somewhat rustic to someone, while the second, on the contrary, was too fancy and expensive. Marketers and engineers at the jewelry company entered the narrow gap that arose in the model line, a novelty of the fall of 2014 - the Nikon D750 DSLR . Get a quote Nikon D750 Is the D750 a complete replacement for the glorious "seven hundred"? What is this camera in business? Does she have obvious flaws or indisputable advantages? We will answer all these questions in our test in the format “Week with an Expert”. Every day we will publish new parts of the big test, revealing these or those features of the camera on the example of real life stories. Stay tuned!
NIKON D750 / Nikon AF-S Nikkor 24mm f / 1.4G ED Settings: ISO 100, F8, 1/125 s, 24.0 mm equiv.
The first day of our test, we traditionally devote to getting to know the camera, an overview of its characteristics and features. Let's start with the matrix. The Nikon D750 has a full-frame image sensor with a size of 24x36 mm and a resolution of 24.3 megapixels. The characteristics of the matrix have some advantage over the D610. The upper limit of ISO is one step higher - 12800 units with the possibility of expanding to ISO 51200. It is quite natural that there are some disadvantages against the background of the older brother D810. The minimum ISO border for the new product is 100 units compared to 64 for the Nikon D810.
24-megapixel Nikon D750 has a size of 24x36 mm
The Nikon D750 shutter has a guaranteed life of 150,000 operations and can cut shutter speeds up to 1/4000 s. It is a pity, but the shutter speed 1/8000 was not inherited from the D810. How much this complicates the work with high-aperture optics, we will check in practice during our test.
Nikon D750 shutter rated for 150,000 guaranteed operations
But the rate of fire of the Nikon D750 is higher than that of the counterparts. It is 6.5 frames / s. This, by the way, is even higher than that of the legendary D700, provided that it works without a battery pack (5 frames / s). With an additional battery pack, the old Nikon D700 puts on the shoulder blades the entire modern line of semi-professional DSLRs, delivering a record 8 frames / sec. As the newest camera in the lineup, the Nikon D750 has a state-of-the-art RGB metering sensor with 91,000 points on board.
Pentaprism chamber unit. The 91,000-zone RGB metering sensor is located here.
Things are even better with the autofocus module. The camera uses an updated Multi-CAM 3500 II sensor with increased sensitivity to -3EV, which means with increased accuracy. The autofocus system consists of 51 points, 15 of which are of the cross type. Judging by the formal characteristics, the Nikon D750 autofocus is even better than the D810 (it uses the Multi-CAM 3500 sensor of the previous version). But let the camera tell for itself: one of the days of our test we will completely devote to working with the auto focus system.
This is how the latest Multi-CAM 3500 II autofocus module looks with sensitivity increased to -3EV
New fashion trends have not spared the D750 . Nikon has traditionally been considered a conservative brand, but it was Nikon who turned out to be the first company to install a Wi-Fi module in the body of such a high-end DSLR. Attentive readers of our magazine are already familiar with the possibilities that a Wi-Fi interface provides. This is a remote camera control from tablets and smartphones and quick file sharing between devices. Naturally, we will soon try all this in practice.
Remote control Nikon D750 using a smartphone
The most noticeable outwardly innovation was the use of an inclined display. The company's developers from year to year avoided the use of such a design solution in professional and semi-professional DSLRs. However, such a display appeared in the Nikon D750. Perhaps the creators of the camera simply managed to design a design for the reliability of which they have no complaints. Finally, the video ... Nikon D750 borrowed all the video features from the older brother D810. It also knows how to record Full HD videos with a frequency of up to 60 frames / s, has connectors for an external microphone and headphones, allows you to shoot an uncompressed HDMI signal, for video shooting with subsequent post-processing, a special Picture Control setting with an extended dynamic range - Flat is provided.