Get the price of Nikon D810

Today we are starting the next project “Week with an Expert”, the protagonist of which will be the new full-frame Nikon D810 . Every day for a week we will publish new parts of a detailed camera test. Our expert in photographic equipment Georgy Politsarnov will test it in all situations that a photographer is confronted with. We will try to minimize the number of artificial tests and scenes by showing the potential of the camera in real shooting conditions.

But before moving on to shooting, let’s take a closer look at the camera and its main features. Nikon D810 is a professional camera that was introduced in 2014. In the company’s lineup, he replaced two cameras at once: Nikon D800 and Nikon D800E. Let’s see what new fans of the system can find in the Nikon D810?

Let me remind you that its predecessors differed in one feature – the presence in the D800 and the absence in the D800E of a low-pass optical filter on the matrix. The new D810 this filter is also absent, as in many modern SLR cameras with high resolution matrix. Such a design solution allows you to realize the maximum detail that the matrix is ​​capable of. One of the days of our test will be entirely devoted to the issues of obtaining maximum detail and the features of the matrix.

The camera uses a 36-megapixel CMOS sensor with a size of 24×36 mm. It is paired with an Expeed 4 processor. The range of possible ISOs is 64-12800 units, expandable to 32-51200 units. The minimum basic sensitivity of 64 units is a great gift for fans of shooting on an open aperture.

In general, if we draw analogies with the D800, the new Nikon D810 is practically “a bit” better in everything. For example, the updated processor allowed increasing the speed of serial shooting from 4 to 5 frames / s at full resolution (up to 7 frames / s with lower resolution), and the frequency when shooting video in Full HD to 60 frames / s.

The shutter mechanism has undergone serious processing. The electronic front curtain function is now supported, which minimizes camera vibrations at the moment the shutter is released and eliminates micro-lubrication during shooting. The update of the mechanism of the mirror served the same purpose. The shutter can work shutter speeds up to 1/8000 s.

With a shutter speed of 1/8000 s, even shooting at an open aperture in bright sunshine is no problem

The phase focusing module used in the Nikon D810 is well known to us from previous models. This is the same Multi-CAM 3500FX, working with 51 points, which cover a fairly large area of ​​the frame. But there are improvements in the autofocus algorithms too. Auto focus on a group of points was implemented.

We first saw such a feature in the flagship Nikon D4S some time ago. In this case, five neighboring points are used, which avoids accidental focusing on the background, and not on the main subject. Focus will be given priority to the subject or face closest to the camera, if it was recognized by automation. The Nikon D810 metering module allows you to recognize the captured scene, including the faces of people when shooting using the optical viewfinder.

The developers took into account the interests of photographers who, along with high-resolution images, periodically have to photograph large series of frames. Often such series do not have too high requirements for detail. For example, it can be reports for publication on the network. For such cases, the reduced S-RAW format is intended. At the same time, the camera records an uncompressed 12-bit file with a resolution of 9 megapixels, saving space on the flash drive. During processing, all the same manipulations are available as with large RAW: you can adjust the exposure, change the white balance, etc. If you want to shoot in RAW format at full resolution, then at your service, in addition to the 12-bit format, 14-bit RAW. However, be prepared that such a frame can “weigh” about 75 MB,

Finally, the video capabilities of the camera underwent modernization. Nikon D810 is perfectly adapted for professional video shooting. It supports recording Full HD movies with a frequency of up to 50p / 60p. Specifically for videographers, the Picture Control “Flat” setting has been created, which gives maximum color correction options for post-processing. To control overexposure, the D810 implements a “zebra” that is familiar to us from video cameras. In shooting mode, it became possible to automatically set the ISO in a user-defined range. To record sound, you can use external stereo microphones, and directly during recording to control the sound using headphones. Video can be recorded to a memory card, to an external recorder using the HDMI connector, or both at the same time. 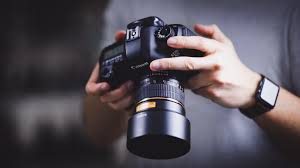 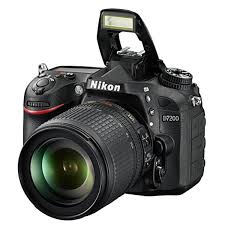 Posts by Aron Marks
Previous Next