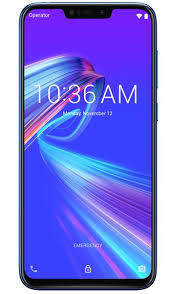 Surely you already managed to familiarize yourself with previous guides for choosing the best smartphones in different price categories. In the articles in this series, we talk about devices that turned out to be better than their competitors. In most cases, their superiority is due to a favorable price, some more advanced characteristic, and sometimes a combination of these factors.

Looking ahead, let's say that most of the smartphones from this guide have 3 GB of RAM, a 5.5-inch screen with Full HD resolution, a built-in 16 or 32 GB drive, LTE-Advanced support and a main camera of at least 13 Mp In this case, there will be exceptions: for example, some gadgets are allocated with a large 2560 screen resolution of 1440 pixels or have as much as 4 GB of RAM.

Price: 21,490 rubles. Buy Xiaomi Mi Max 32 GB As always, first we suggest looking at something unusual. The Chinese Xiaomi Mi Max has a display with a huge diagonal of 6.44 inches, a resolution of 1080 by 1920 pixels. Thanks to the six-core Qualcomm Snapdragon 650 processor and 3 GB of RAM, fast Wi-Fi 802.11ac and LTE-A Cat.12 modules, it is comfortable to play, surf the web and watch movies with a smartphone. At a relatively affordable price, this handsome man with an almost tablet diagonal can take photos and videos on a 5-megapixel front camera and a 16-megapixel main camera with flash, autofocus and fast F2.0 lens

Price: 21,990 rubles. Buy Huawei Nova Huawei Nova was presented last fall at IFA 2016. Its main distinguishing features are its cool design (similar to the design of another interesting smartphone, the brainchild of Huawei and Google, the Nexus 6P) and high-quality 5-inch Full HD screen with a high pixel density of 441 ppi . The filling is decent: the device works on the basis of the eight-core Qualcomm Snapdragon 625 processor, and 3 GB of RAM, a 32 GB drive and GPS, GLONASS and BeiDou navigation modules help it. Here, the front and main cameras are installed at 8 and 12 megapixels, respectively. The latter shoots well in different shooting situations.

Price: 21,990 rubles. Buy Samsung Galaxy A5 (2016) For those who are very interested in design, the Galaxy A5 (2016) smartphone is suitable. Its price has declined due to last year’s lineup. The advantages of the Samsung Galaxy A5 (2016) include a 5.2-inch AMOLED screen with a resolution of 1080 by 1920 pixels, a thin (7.3 mm) metal and glass case, an eight-core processor (there are versions with Exynos 7580 Octa and Qualcomm chips Snapdragon 615), as well as a high-quality main 13-megapixel camera with LED flash, autofocus, optical stabilization and F1.9 aperture. However, when buying a Galaxy A5 (2016), you have to make a small compromise: it has 2 GB of RAM, which, however, is enough for all tasks. The 2017 version has already appeared on sale, its price is 27,990 rubles.

Price: 21,990 rubles. Buy Xiaomi Redmi Pro. Xiaomi Redmi Pro is notable for its high performance: a ten-core Helio X20 processor, Wi-Fi 802.11ac and LTE-A modules, 3 GB of RAM and 32 GB (+ microSD) of internal memory are installed here. The gadget will delight the owner of a 5.5-inch display with an OLED matrix, as well as a front 5-megapixel camera and the main one, which consists of two photomodules with a resolution of 5 and 13 megapixels.

Price: 22,790 rubles. Buy Lenovo P2 Compared to other devices from today's list, this gadget stands out with an impressive battery capacity of 5100 mAh. But its other characteristics are typical for the considered price segment. Inside, Lenovo P2 runs an octa-core Snapdragon 625 processor with a frequency of 2 GHz, 3 GB of RAM and a 32 GB drive with expandable memory cards. Lenovo P2 takes photos and videos on a 5-megapixel front camera and 13-megapixel main camera.

Price: 22,990 rubles / 24,990 rubles. Buy Honor 7 Honor 7 has a premium version of Honor 7 Premium. The standard Honor 7 has a proprietary HiSilicon Kirin 935 chipset, a 5.2-inch display with Full HD resolution, 3 GB of RAM and 16 GB of internal memory. The main advantage of the device are cameras for 8 (front) and 20 megapixels (main). The differences between the premium and regular versions are a larger amount of internal memory (32 GB vs 16) and a gold color.

Price: 22990 rubles. Buy Samsung Galaxy A3 (2017) A little higher, we talked about last year's A-series smartphone from Samsung, now let's talk about the new product - Samsung Galaxy A3 (2017). This model in the 2017 version despite the title of "little brother" deserves close attention. There is a 13-megapixel main camera with autofocus, LED flash and a fast F1.9 lens, an 8-megapixel front camera with the same high-aperture optics, support for NFC and the Samsung Pay payment system. The gadget is protected from dust and moisture. Other features: an eight-core Exybos 7870 Octa processor with a clock frequency of 1.6 GHz, 2 GB of RAM and 16 GB of internal memory. The latter can be expanded using a microSD card. The diagonal of the HD-display Galaxy A3 (2017) is 4.7 inches. The smartphone also received a USB Type-C connector and a fingerprint sensor. The battery is not very voluminous (2350 mAh),

Price: 23,790 rubles. Buy ZTE Axon 7 mini 32 GB Seeing the word mini, we thought that before you is some simplified version of the smartphone? This is far from the case: the ZTE Axon 7 mini is equipped with a 5.2-inch screen, Qualcomm Snapdragon 617 octa-core processor, 32 GB file storage, 3 GB RAM, fast Wi-Fi 802.11ac wireless module, support for GPS navigation standards, GLONASS and BeiDou, with microSD and USB Type-C connectors, as well as a good 8 MP front camera and 16 MP main camera with the possibility of video recording in 4K resolution (3840 by 2160 pixels).

Price: 23,990 rubles. Buy ASUS Zenfone 3 ZE520KL You could already see on our website the tests of third-generation smartphones Asus Zenfone, in which the Zenfone 3 ZE520KL was considered from different points of view: male and female . Here we briefly recall its important specifications. A 5.2-inch Full HD display is intended for displaying information, the Qualcomm Snapdragon 625 octa-core processor and 3 GB of RAM are responsible for performance, the front-end camera with a resolution of 8 megapixels and 16-megapixel is responsible for photo and video shooting camera with aperture F2.0, autofocus and optical image stabilization. Asus ZenFone 3, definitely, can be called one of the best multimedia monsters in the mobile market.

Price: 23,990 rubles. Buy LG G4 This is a phenomenal smartphone: it was announced back in April 2015, but it manages to remain relevant to this day! Two years ago, LG designers created an elegant and functional case, and engineers managed to achieve a record at that time power, which is still more than sufficient. The company was the first in the world to use a 2K display in a smartphone (5.5 inches), so the pixel density was 534 ppi. Since this is a flagship, it has the corresponding hardware: a six-core Snapdragon 808 processor with a frequency of 1.8 GHz, 3 GB of RAM, a 32 GB drive and a removable 3000 mAh battery. The latter is perhaps the main disadvantage of the device. However, the problem can be solved with a third-party battery of higher power. True, with it, the thickness of the device increases, so you have to change the back panel. In our opinion, the most beautiful was the LG G4 with a brown leather cover. The quality of photo and video shooting at G4 is so high that for about a year after the start of sales it had no competitors: this is the merit of the front and main cameras with a resolution of 8 and 16 megapixels, respectively. Best of all, the camera shoots in manual mode (the interface is similar to the menu of DSLR cameras).

Price: 23,990 rubles. Buy Meizu MX6 We have already tested this smartphone , and now you will find a brief overview of its characteristics. Meizu MX6 is equipped with a 5.5-inch screen with a resolution of 1080 by 1920 pixels, 4 GB of RAM and 32 GB of internal memory, a Helio X20 processor with ten processing cores and a Mali-T880 graphics accelerator, a 3060 mAh battery and LTE- wireless interfaces A and Wi-Fi 802.11ac. The distinctive features of the MX6 include a slot for microSD-cards up to 128 GB, the very good 12-megapixel main Sony IMX386 photo module and a universal USB Type-C connector.

Price: 24,990 rubles. Buy Le Pro3 The Chinese company LeEco last year attracted attention with a loud start and very good products. At the end of the year, Le Pro3 was announced - a flagship smartphone with top-notch features: a quad-core Qualcomm Snapdragon 821 processor with a clock frequency of 2.3 GHz, 4 GB of RAM and 32 GB of internal memory. The latter, unfortunately, cannot be expanded in any way. The gadget has a 5.5-inch display with Full HD resolution. There is a USB Type-C connector, modern communication modules, NFC and a fingerprint sensor. Note that there is no 3.5 mm headset jack, headphones can be connected via USB Type-C using an adapter. Also included is a branded headset LeEco. The battery is non-removable, its capacity is 3070 mAh. The cameras in Le Pro3 are quite good: the main sensor is 1 / 2.8 ? in size and with a resolution of 16 megapixels (F2.0), with phase autofocus and a two-color LED flash; Front camera resolution - 8 megapixels (F2.2).