What is the diaphragm in the camera? 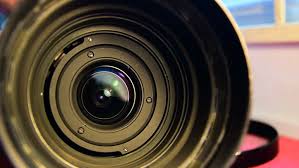 The diaphragm of the SLR camera is a round window of several petals that regulates the flow of light penetrating the camera. The window is open - more light will go. The window is compressed - less. Do not confuse the aperture with the shutter, which also controls the light flux entering the matrix. The shutter is the shutter next to the matrix that controls shutter speed, and the aperture is in the lens, and the exposure of the frame also depends on how wide it is. It is customary to designate the aperture by the letter F. The number after F, in fact, is its value. The larger it is, the smaller the aperture. For example, F2.8 is a wide aperture, and F16 is already very small. The inverse proportion works here. The fact is that it, like exposure, is indicated by a fraction, but its first part is omitted and only the denominator is indicated. If we talk about the total amount of light in the frame, then the aperture and shutter speed are interchangeable. By decreasing one thing by one step, we can compensate for the lack of light by increasing another parameter. However, they cannot completely replace each other. The depth of field directly depends on the diaphragm: the depth of the sharply depicted space, it is also called the depth of field. With an open (i.e. wide) aperture, the depth of field is small. It looks very beautiful in portraits, when it is important to leave a sharp face, and you want to blur the background, as well as in any shooting where you need to emphasize only one plan with sharpness. It is worth remembering, however, that when shooting, for example, group portraits, you should not open the aperture strongly: it may turn out that one of the faces is sharp and the rest are not quite.

How to open the aperture on the camera? You need to set the Av mode (aperture priority) and change the value in it in the direction of decreasing the number. As the aperture expands, shutter speed will automatically be shortened. Another way to adjust the aperture on the camera is to use the M mode (i.e. manual, manual): here you have to independently monitor the exposure and set the aperture value together with the shutter speed. If something multifaceted is filmed, whether it be a landscape or a still life in which, according to the author’s plan, all plans should be sharp, then the diaphragm , on the contrary, should be covered. However, you should not get carried away: at high values ??(from 20 and above), you can get artifacts that look like the general “blurring” of the entire frame. That is, if you try to increase the depth of field with a diaphragm by setting, for example, F32, there may not be anywhere else as a result of ringing sharpness. When shooting with a narrow aperture, watch how the shutter speed changes. For example, if Av (S) mode is selected when shooting a landscape and aperture 16 is selected, the shutter speed may be too long, for example, 1/15, which can blur the image. To avoid it, you will have to expand the aperture a bit, sacrificing plans (if it was 16, change it to 13, for example. If this does not help, then increase the ISO - however, it is important to remember that high photosensitivity values ??degrade quality and give artifacts in the form of noise. Much depends on the camera (on some even with ISO 1600 you can get a good result), but it’s better to try not to exceed the value of 800.