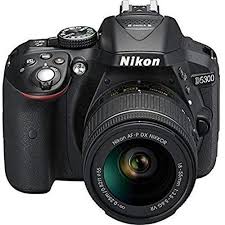 Not even a year has passed since we finished the big Nikon D5200 test , and in our studio we already had the next model of this line – the wonderful Nikon D5300 SLR camera. We will test it in the same way: for a long time, carefully, on the most vital subjects and in the most real shooting situations. Over the course of seven days, we will publish new chapters of our large test devoted to various aspects of using the camera.

Let’s start traditionally with an acquaintance: what is so remarkable about the novelty? Before us is a classic SLR camera, of which there haven’t been so many recently on the market: only three manufacturers of all the major players in the photo market have remained faithful to traditions and continue to produce such cameras. Nikon – among them. The camera is equipped with a classic Nikon F mount and is mechanically compatible with a huge amount of optics. But in fact, it is better to prefer modern Nikkor AF-S lenses. There are two reasons for this. Firstly, these lenses are equipped with a built-in autofocus motor, and only with them will the camera autofocus work. Secondly, such lenses were specially designed to work with modern multi-megapixel matrices and are able to provide the required high resolution.

Mechanically, the camera is compatible with a large number of lenses with Nikon F mount, but it is better to opt for Nikkor AF-S series optics

The Nikon D5300 has a 24-megapixel CMOS sensor with a size of 23.5 x 15.6 mm. Unlike the Nikon D5200 , in this camera the matrix is ​​devoid of a low-pass (it is also sometimes called anti-fly) filter. This is done in order to ensure maximum image detail (the low-pass filter task is just to lightly blur the image to combat moire). Of course, at the same time there is a risk of the appearance of moire (a kind of distortion caused by the superposition of image lines on an array of pixels). But in practice, provoking his appearance is not so simple. During testing, we will pay special attention to this.

The new Expeed 4 processor works in tandem with the matrix. Thanks to it, video recording parameters have been improved (the camera can shoot Full HD video at up to 60 frames with progressive scan). It is also reported that the processor update positively affected the quality of the images. We will have the opportunity to test this in practice during night shooting at high ISO. The processor also deserves a relatively high burst speed of 5 frames / s, and lower power consumption compared to the D5200. It is claimed that the camera is capable of doing up to 600 frames on a single charge (measured by CIPA standards).

Improvements in comparison with the previous model and the camera display has undergone. Now its diagonal is 3.2 inches versus 3 inches in the Nikon D5200, and the resolution has increased to 1.04 million pixels. At the same time, the display retained a rotary design, so convenient when shooting from non-standard points.

The rotary display Nikon D5300 has a diagonal of 3.2 inches with a resolution of 1.04 million dots

Finally, Wi-Fi and GPS appeared in the camera. The D5300 is the first Nikon DSLR to feature built-in Wi-Fi and GPS. We will have the opportunity to test them in action!

Traditionally, Nikon’s five thousandth series SLRs are renowned for balanced performance at an affordable price. Their functionality, including the control interface, is quite sufficient for serious photography. The Nikon D5300 was no exception. With the seemingly minimal buttons, the basic functions are always at hand with the photographer.

As you can see, the main functions are assigned to separate controls. For beginners in photography, an on-screen menu is provided – more understandable and visually visual. However, I admit, recently I use such menus even more often than hot buttons.

Tomorrow we will publish the second part of our test, which will focus on shooting on the Nikon D5300 in auto mode. Let’s see what the camera is capable of in the hands of a hypothetical novice. Stay in touch!

Posts by Gillian Huggins
Previous Next