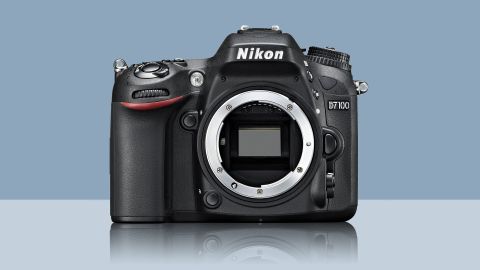 Nikon SLRs can safely be called the most long-lived on the market. They are updated less often than the cameras of competitors, not obsolete at the same time. For example, in various forums you can still find recommendations for beginning photographers to pay attention to the Nikon D90 – a successful model of six years (!) Prescription. Today, of course, we will talk about a newer model – this is the Nikon D7100 . She already visited us on a regular test less than a year ago. But I can confidently say that its characteristics and capabilities are not a bit outdated during this time. To demonstrate this, we will test the Nikon D7100 in the “Expert Week” format, and I will try to get the most beautiful shots out of this camera in different conditions. Let’s see what the D7100 is capable of?

But first, let’s take a closer look at the camera itself. Traditionally, the first day of the “Week with an Expert” we devote to the technical features, characteristics and interesting functions of the cameras.

Nikon D7100 is a classic SLR camera, of which less and less remains on the market every year. Many manufacturers, unable to stand the competition, switched to the development of cameras of alternative designs – mirrorless , with a translucent mirror, compact . However, Nikon is still faithful to tradition and continues to produce some of the best SLR cameras in the world .

The 24-megapixel Nikon D7100 does not have a low-pass anti-fly filter, allowing you to take pictures with the highest detail

At the heart of the camera is a 24-megapixel CMOS sensor with physical dimensions of 23.5 x 15.6 mm. Its main feature is the absence of a low-pass filter, which traditionally serves to suppress the moire effect by forcibly reducing image detail. The Nikon D7100 does not have this filter, which means that nothing prevents getting maximum detail. We will have the opportunity to see this: I will try to pay attention to landscape and macro photography, where sharpness and detail come to the fore. But at the same time we’ll see if I manage to provoke the camera at least once this week to appear moire in the pictures.

The camera body is smart: it is convenient to shoot with such a camera with any, even the largest and heaviest lens

Nikon D7100 is a camera designed for enthusiastic and experienced photographers. No bright colors of the case – only the classic black version. The case itself is massive and oversized: the priority is comfortable grip, not space saving. Such a camera is needed for comfortable shooting, and not for convenient carrying or storage on a shelf.

The weight of the camera with a battery and a memory card is 765 grams – not a little, but not so much compared to some professional models. The housing is made of magnesium alloy and equipped with moisture-proof seals. Looking ahead, I’ll say that I have already managed to check the moisture protection by filming a report in the pouring rain. Read about it in tomorrow’s part of our test.

The yellow lines in the figure indicate the locations of the moisture and dust seals.

Nikon D7100 control is designed for a photographer who already has some shooting experience. Going from the “soap box” to this camera will not be as easy as it seems. Of course, in this case there is a fully automatic mode. But quickly changing the required settings manually will be possible only after reading the instructions, or having some experience shooting with Nikon. The fact is that the control concept of the Nikon D7100 is classic, worked out for years and came to us from the last century. Most functions are assigned a separate button or selector. And the choice of the appropriate setting is carried out using the control dials and a small monochrome display. On this display are displayed in the form of icons all the basic settings that report the status of the camera.

Almost all control of shooting parameters is carried out using a small monochrome display. It displays all the information about the current status of the camera in the form of pictograms.

Aperture and shutter speed, photosensitivity and white balance, file size and compression quality, shutter mode and autofocus mode – all these and many other functions can not only be controlled at a glance at a small black and white display. Each parameter can be changed at any time by pressing the corresponding button on the case and turning the control dial under the index or thumb. This management approach allows you to shoot literally blindly, reconfigure the camera in a split second. But he requires some skills and a clear idea from the photographer: why this or that setting is needed.

Classic control concept: each important function has its own button or selector

However, there is a traditional menu. But we will not look into it for now. When I move on to shooting, I will try to talk about the useful features that are hidden there. And immediately I will show the result of their application in practice.

I would also like to pay attention to the characteristics of the camera, which I will use in practice in the near future. Like all DSLRs, the Nikon D7100 has an optical viewfinder, allowing the photographer to see literally the same thing that his camera lens sees. Thanks to the mirror and pentaprism (and pentaprism is used in the D7100), the image from the lens is projected directly into the optical viewfinder. The viewfinder size is very large even by modern standards: with 100% coverage of the frame area, the magnification factor is x0.94. The viewfinder displays all the necessary shooting information without exception, in addition, a framing grid can be superimposed on the image. I turn it on as soon as the camera comes into my hands: it’s more convenient to align the horizon in the frame.

Most of the frame area is occupied by an area covered by focus points. The Nikon D7100 uses a 51-point AF module with 15 cross sensors. Such a large number of focus points is necessary primarily for the correct operation of tracking autofocus, when the subject is not only approaching and moving away from the photographer, but also moving along the plane of the frame. Tomorrow we’ll see how 3D tracking works (that’s what tracking autofocus is called) using the example of shooting an air show.

The rate of the camera is up to 6 frames / s, which is a high figure for DSLRs. Considering that each frame has a resolution of 24 megapixels, and a raw NEF file can weigh up to 30 megabytes, it is logical that the developers have provided two slots for SD memory cards in the Nikon D7100. Recording on them can be conducted in parallel or sequentially. Separately, you can assign a RAW and JPG record to different cards and or use one of the flash drives exclusively for videos.

Well, the battery is charged, two flash drives are inserted into the camera – it’s time to start shooting! Don’t switch, tomorrow we will publish the next part of our test, in which I will talk about shooting a report from the first Moscow Helicopter Rally – a great aviation holiday! 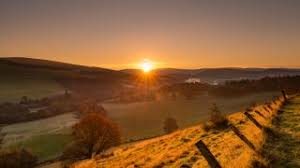