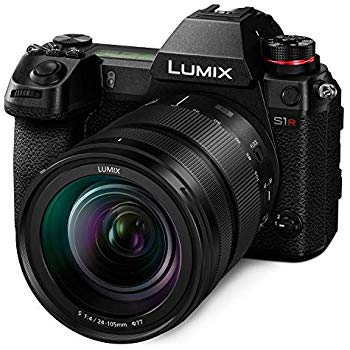 The full-frame mirrorless Panasonic Lumix DC-S1 and DC-S1R are the most mysterious and, possibly, the most interesting news on the photo market today. The editorial board of Prophotos in principle did not rush to review, waiting for full-fledged serial samples of cameras, as well as firmware update V1.2 to improve autofocus and stabilizer.
Check price Panasonic Lumix DC-S1 / Panasonic Lumix DC-S1R
And now we are ready to present to your attention a detailed test in the format “Week with an expert” with a large number of photos!
DC-S1 / LUMIX S 50 / F1.4 Settings: ISO 100, F1.4, 1/160 s, 50.0 mm equiv.Download RAW
Digital mirrorless cameras with interchangeable lenses are the youngest class of cameras. The first serial mirrorless appeared in 2008, and it was the Panasonic Lumix DMC-G1. So Panasonic can be safely called a trendsetter in the modern photo world. Samsung, Sony and Nikon entered this market a little later, and then the other players pulled themselves up. Some competitors have long acquired full-frame matrices, but Panasonic year after year released only Micro 4/3 format models, partly shifting the focus from shooting to video. GH series cameras have become one of the most popular among videographers. But photographers today are spoiled for full shot, so sooner or later full-frame Panasonic Lumix DC-S1 and DC-S1R should have been born!
DC-S1R / LUMIX S 24-105 / F4 Settings: ISO 125, F5.6, 1/60 s, 32.0 mm equiv.Download RAW

The cameras that came to our test are twin brothers: they have no external differences, only internal ones. The Lumix DC-S1 is a more versatile 24-megapixel model designed for photographers and videographers. Lumix DC-S1R is equipped with a 47-megapixel matrix, and despite the extremely developed video capabilities, it is of great interest for professional photography due to high resolution. Below we give the characteristics of both models in a table, highlighting in bold those parameters in which one model has an advantage over the other. By the set of characteristics, both models are clearly at the peak of progress. For example, they implement stabilization based on matrix shift with support for working with stabilized lenses.
Handheld using Dual IS
DC-S1R Installations: ISO 100, F5.6, 3 s, 25.0 mm equiv.Download RAW
We are seeing video capabilities with 4K recording at 60 frames per second for the first time in the full-frame mirrorless segment. Lumix DC-S1 is also able to shoot 10-bit HLG video. And the new Panasonic are the first cameras to take HLG photos. But the most interesting thing is waiting for videographers after activating V-Log in DC-S1: 4: 2: 2 10-bit 4K 24p / 30p recording on a card, 4: 2: 2 10-bit 4K 60p with HDMI output, recording with a gamma curve V-Log. As with the GH5, unlocking is possible with a software key. We have never seen any viewfinders of such high resolution in any model - 5.76 million points! There is a silent electronic shutter, and connectors for fast memory cards XQD and SD UHS-II, and a full range of modern wireless interfaces.
DC-S1R / LUMIX S 24-105 / F4 Settings: ISO 100, F10, 1/100 s, 24.0 mm equiv.Download RAW
By resolution, the Panasonic Lumix DC-S1R is one of the leaders in the full-frame segment of mirrorless cameras. In addition, both cameras support multi-frame shooting to increase resolution. Lumix DC-S1R provides resolution up to 187, and Lumix DC-S1 up to 96 megapixels.
DC-S1R Settings: ISO 100, F1.4, 1/250 s, 50.0 mm equiv.Download RAW
But there are some points of the specification which can a little ... surprise. For example, in both cameras there is neither phase, nor hybrid autofocus. Focusing is carried out strictly according to the contrast principle using the proprietary technology Depth from Defocus (DFD). It allows the camera to determine the optimal focus direction without using phase principles. In addition, cameras support the recognition of faces, eyes, bodies, animals. Panasonic makes extensive use of computing power and artificial intelligence, contrasting it with competitors' phase detection autofocus.
Automation confidently recognizes a person in the frame and tracks it; the photographer does not have to select the autofocus point manually.
DC-S1 Installations: ISO 100, F4, 1/1300 s, 95.0 mm equiv.
How it works in practice, we will tell in our test below. But already from the characteristics it can be seen that the contrast autofocus made it possible to achieve extremely high sensitivity of the entire system - up to -6 EV with an F / 1.4 lens.
Night shooting under moonlight is not a problem for the autofocus system.
DC-S1R / LUMIX S 70-200 / F4 Installations: ISO 100, F5.6, 13 s, 123.0 mm equiv.Download RAW
The second surprising and even shocking item in the specification is weight. Before us is clearly the heaviest mirrorless: mass without a lens is more than a kilogram. Dimensions are comparable to a professional camera. Panasonic decided not to exchange ergonomics for compactness and not to compromise, like other manufacturers. The relatively large dimensions made it possible to use a very large battery in the camera, which can work out 1,150 frames in the energy saving mode (and this is done according to the strict CIPA method). So do not rush to write down the weight and size in minuses. The DMW-BGS1 battery grip is available for both cameras.

An expectant position in the full-frame mirrorless market has allowed the company to enlist the support of partners Leica and Sigma: together they created the L-Mount alliance. Thus, Panasonic will not release the entire fleet of compatible optics alone, two other manufacturers will help it in this. Leica has long had cameras and lenses with L mount, and Sigma has promised to release 14 lenses with this mount in 2019 in support of the recently announced SIGMA fp . The park of original Panasonic optics is presented at the time of writing the test with three models: The L full-frame lens mount originally appeared on Leica cameras. It is Leica Camera AG that is its licensor. A bayonet mount, unlike, for example, from Micro 4/3, closed. Compatible optics and cameras for it can only be done by Leica, Panasonic and Sigma. The bayonet has an internal diameter of 51.6 mm and a working length of 20 mm. 10 contacts are used to exchange data with the camera. Through the adapter, you can install optics from both the Leica rangefinder and DSLRs. There is an original Sigma MC-21 adapter for the L-Mount alliance, which allows you to install Sigma SA and Canon EF optics. Adapters support autofocus (AF-S mode only), correct vignetting and other distortions, provide data to the camera for recording in EXIF, and allow you to use a stabilizer (in the camera or in the lens of your choice).